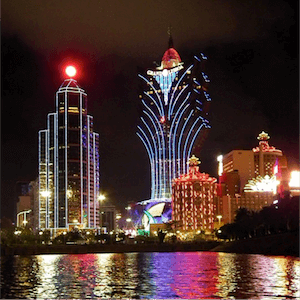 The casino mecca of Macau has managed to post positive figures for the 2017 period, despite global fears of a slowdown in the region. 2017 saw a profit increase of approximately 19%, despite a general decline in areas like corporate deposits and interest income. All things considered, Macau still managed to work an increase in terms of contributions made to the community. This despite the fact that total expenditures and cost of operations appeared to by sky-high when compared with previous years.

Investors are blaming the country’s overall economic slowdown for many of its industry-related challenges. Forward projections do not offer much in the way of a light at the end of the tunnel, as VIP’s are expected to curb their expectations as well as their willingness to open their pockets for as long as the general slowdown prevails.

Analysts are warning that China’s only gambling hub is at the start of a downward earnings cycle. Investor red lights are up, and the fact that Deutsche Bank had cut its gaming growth forecast figures from 11% down to 4% isn’t inspiring news.

Analysts at Sanford C. Bernstein said earlier in the week that gaming revenue for the first 9 days of September had come in below par. All of this has had a detrimental effect on the projections for 2019, with the EBITDA growth expected for the year now coming in at only +5%, instead of the previous consensus of +13%.

VIP Traffic Could Take a Dive

The Deutsche bank has said that on its part, the downward projection is as a result of the concerns over the 20% decline in the Hong Kong Hang Seng Index, which may very well lead to considerably less VIP traffic to Macau.

The downward projections are having a negative ripple effect, putting investors on the red alert. The selling pressure is on to such an extent, that the value of MGM China’s shares fell by 7.42%, Wynn Macau is down by 3.28%, and Sands China saw a 3.72% decline.

Analysts are divided about as to how long it will take for the downward spiral to recover, and for now, in Macau, it’s a matter of wait and see.