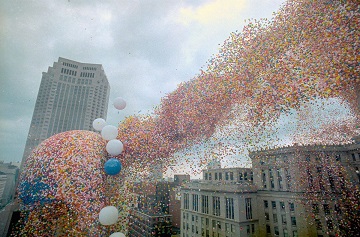 People can be really idiotic sometimes, but when businesses pay for marketing campaigns one would imagine the company they hire to put their campaigns together would at least do their homework. It seems not. There have been some Herculean marketing fails, and the companies who ran them? Most survived, and as they say in the biz, there’s no such thing as bad publicity or is there?

Take a look at the biggest marketing fails and see where grand plans went awry and the only advertising that was done was how NOT to do something.

The Gambling Campaign That Never Placed Its Bet

The management team at BrewDog decided a fantastic way to get the public’s attention would be to stake their crowd fund investors money on one spin of the Roulette wheel. Their thinking? They could double the money, right? Wrong. BrewDog’s Big Bet was put on hold after finding themselves in the legal morass thanks to the vastly different gambling laws for each state in which they had an investor. Although the fail is that this plan was never taken ‘off hold’, imagine how much more epic it would’ve been if they had bet on black and the ball had landed on red. Maybe not the smartest bet to wager your business on a casino game that could go either way!

In a thoroughly thoughtless attempt at getting some publicity photos, the US Department of Defence thought it a grand idea to send a Boeing-747 and an F16 jet into lower Manhattan for a photo op. The problem was, America was still reeling from the after effects of 9/11 and seeing these military planes sparked an absolute panic.

The result was that emergency service lines rang off the hook, there was a seriously peeved President, there were PTSD relapses the country over, and hundreds of people feared for their lives.

Just for Feet decided that having a black man chased down by a bunch of white men, or rather white hunters, in a Hummer was a totally legitimate and well-advised marketing campaign. What could possibly go wrong? Who isn’t going to love the flat-out racism of a black man literally being hunted down. Everyone! That’s who. Beamed` into 127 million homes during Super Bowl, the runner was caught, knocked out, dressed in Just for Feet shoes and left on the ground. That company is now closed.

Clearly no one in this marketing team took physics, or someone may have remembered to check chemical interactions before randomly mixing them. The consequences? A toxic pool party that resulted in one person ending up in a coma. In an effort to up the cool factor of the Jägermeister party, advertisers added liquid nitrogen to the pool water to get that rising fog effect. Keep in mind that liquid nitrogen is used to freeze of warts, so why anyone would think its safe to add to a pool full of people is beyond understanding. But. They did. The Liquid Nitrogen reacted with the Chlorine in the pool water creating a toxic gas. Needless to say, that party came to a coughing, sputtering halt, and one unfortunate man ended up in a coma briefly.

In the 60’s United Airlines ran a campaign to encourage businessmen to take their wives along by giving them discounted flights, presumably to fill up empty seats. As any good customer service representative knows, it’s always good to make a follow up call to see how they can improve their service. The result was numerous extra marital affairs exposed. Wives were asked how they enjoyed the trip that they didn’t go on. It seems that some businessmen preferred to travel with their mistresses rather than their wives. However, the campaign was so successful that they ran it again a year later.