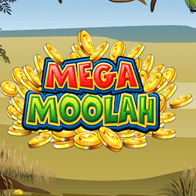 Microgaming’s flagship Mega Moolah progressive jackpot network of online pokies has done it again. The popular game paid out an incredible €7,231,507.69 to a lucky Optibet customer on August 6 – the second big jackpot win of its kind at the Enlabs-owned online casino in a matter of only two months.

The unnamed player is officially the 101st millionaire crowned a Mega Moolah millionaire, making of their big win an even more momentous occasion. The popular Microgaming online pokies game that’s available at the best online casino NZ sites dropped a crazy €6,597,136.10 for its 100th millionaire made – also at Optibet – only a couple of months ago.

The latest big payout means Microgaming’s Mega Moolah progressive jackpot has to date paid out a cool €1.45 billion – and counting. And since the beginning of 2021 alone, the network has awarded a stunning €137 million to players from around the world.

As is the case with all Microgaming online pokies payouts, the unnamed player from Optibet has received their huge cash payout in one massive lump-sum of money. This means they’re free to spend their winnings whichever way they choose.

Microgaming on August 25 shared the news of the massive win on their official online newsroom page. According to CEO John Coleman, the Microgaming team has grown used to seeing more and more payouts of this particular size at the best online casino NZ and global sites, and that €7.2 million is indeed a phenomenal amount of money to win.

Coleman also congratulated the player as well as the Optibet online casino brand on the incredible win.

Optibet, too, added their voice to the celebrations. Chris Davis, Chief Product Officer at Optibet’s parent company, Enlabs, said that two massive online pokies jackpots within a matter of only two months is quite the remarkable feat. He added that the brand’s loyal players will agree that this can only be owing to the incredible “luck of the brand”.

The biggest amount every paid out by an online pokies game just so happened to be from a Microgaming Mega Moolah title also.

As recently as May this year, a player from Belgium made history when they won a life-changing €19,430,723.60 off Absolootly Mad: Mega Moolah. The game was expertly crafted by Microgaming independent studio partner Triple Edge Studios and is based on the adventures of Lewis Carroll’s Alice in Wonderland.

It’s only a matter of time before a game that’s part of the Mega Moolah progressive network of online pokies pays out huge yet again. The only question left remaining is who the lucky casino and player will be the next time around. Sign up at the best online casino NZ has to offer and it could be you!