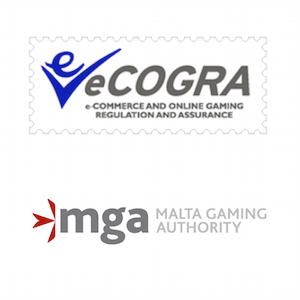 Earlier this year, the Malta Gaming Authority released the Player Protection Directive of 2018. The Directive was formulated alongside the Gaming Authorisations and Compliance Directive and falls in line with the country’s Gaming Act. The Player Protection Directive in particular, lays down certain rules and regulations that operators have to adhere to. Thanks to independent testing laboratory eCOGRA, MGA-licensed operators will from now on out be able to offer an Alternative Dispute Resolution (ADR) solution to players, thereby achieving full compliance with the laws of the land.

The UK Gambling Commission approved the work of the independent laboratory in 2015. The UKGC is notorious for its strict regulations and relentless pursuit of player protection. The lab has been delivering the service to operators licensed with the UKGC ever since having received the thumbs up in 2015, and will now be offering the same compliance peace of mind to operators licensed in Malta.

Without the service such as the one offered by the independent laboratory, full compliance with the directive can potentially be very tricky, as many operators licensed by the MGA are licensed in more than one jurisdiction. Operators found themselves in the position of being in desperate need of a workable solution covering all bases, and this is exactly what the ADR solution is.

A testament to the efficacy of the system is that to date, eCOGRA has solved more than 10,000 disputes. Many big names in the iGaming industry make use of the valuable services offered by the lab. Some of these include Mr Green (now MRG), Betway, 888 Holdings, White Hat Gaming and bwin.party.

A big advantage is that once an operator has signed up, the ADR tool is completely free to players. A dedicated team is in charge of solving disputes, and the goal is a complete resolution from start to finish in a matter of a week’s time.

In addition to offering dispute resolution solutions, the company also specialises in auditing and various information technology services and currently avails its ADR tool to more than 1,100 digital online brands.