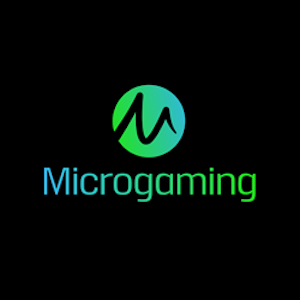 PlayItForward was created by Microgaming as part of their Corporate Social Responsibility in 2014 and was done as a proactive way for them to focus on people, places and the planet. The casino software developers wanted to give back to the world and offer something more than premium pokies and incredible table games.

Microgaming Gift of Giving campaign has gathered together a variety of donations over the years and has amassed a spectacular £210,000 in total since the initial concept’s inception. The level of commitment shown by those who use their casino platforms has turned the humble start of the Gift of Giving campaign into something that is able to truly change lives.

The Gift of Giving is a seasonal voting scheme for key customers and contacts of the company. They are given a list of worthy charities across various continents, from which their partners and operators can vote to choose who receives funds. This allows operators and partners the flexibility to vote for worthy causes within their given regions, and charities nominated include child welfare, food and water assistance, and responsible gambling.

Microgaming is not only able to donate funds to a wide variety of charities but are also to be able to support community and sports projects, as well as other worthwhile causes both locally and abroad.

In 2019’s PlayItForward campaign, the casino software company was able to donate a portion of £30,000 among six global charities. The specific charities donated to, and who received the greatest number of votes were: WaterAid (Africa), Childline (Gibraltar), Foodbank Lifeline Foundation (Malta) UNICEF (the rest of the world), Save the Children (United Kingdom), and GamCare, who won the vote in the inaugural responsible gambling category.

Helping Charities To Do What They Do Best

Acting Chairperson of the Foodbank Lifeline Foundation, Diana Nye, has stated to media that everyone at the Foodbank Lifeline Foundation offers a huge thank you to Microgaming for their PlayItForward initiative. The £5,000 donation they received ensured that they could keep doing what they do best: offering emergency food packs to those who are most in need and struggling financially to put food on their families table.

GamCare CEO Anna Hemmings has said that the company is grateful to Microgaming for making them the beneficiary of the Gift of Giving campaign for 2019 and stated that they plan to ensure their company continues to reach out and help those who are most in need. She specified that the funds provided would go into their wider work effort of minimising gambling-related harm.

John Coleman, CEO of Microgaming, has said that giving back is what they’re all about as a casino company, and noted that involving the wider industry in the corporate social responsibility is very important to them. He extends congratulations to the winning charities and hopes that the donations that they’ve received will allow them to keep doing what they do best. Finally, he’d like to thank customers for their generous support over the last seven years, and for their votes that have helped to make the Gift of Giving campaign such a success.