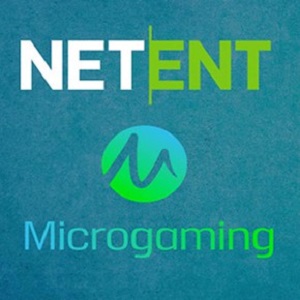 Anyone that knows iGaming knows that Microgaming and NetEnt are the most legendary developers in the world. Each has a long, award winning history, and each has delivered some of the best online pokies in the world. But when visiting an online casino NZ, which of the two should you look for first?

Here is a closer look at both companies, a quick look at some of the best online pokies they have created, and a verdict on which rules online casinos NZ.

The Swedish based NetEnt is one of the longest running iGaming developers in the world, having originally been established in 1996. In the over 2 decades of operation, the studio has literally revolutionised pokies, having released the ground breaking Gonzo’s Quest in 2010. Gonzo’s Quest is credited for launching an entire new category of gameplay, with symbols that fall onto reels, and disappear when matching, allowing for multiple matches in a single spin. The system was dubbed Avalanche, and has been recreated by other companies numerous times over the years.

Aside from the revolution that was Gonzo’s Quest, NetEnt creations are noted for having outstanding graphics, incredibly unique features, and virtually unmatched layers of polish. Some of NetEnt’s other best online pokies include; Twin Spin, Dead Or Alive, Starburst, and many more.

To put it simply, any leading online casino NZ that features the developer’s titles is already standing head and shoulders above the competition.

The Isle Of Man based Microgaming has been around since 1994, and is as renowned in many regards as NetEnt. However, although the Swedish developer is known for exceptional quality, Microgaming is better known for the sheer volume of pokies it releases on a regular basis. Multiple new releases occur on a monthly basis, which is an output ratio that puts virtually every other company in the iGaming industry to shame.

The company has more recently secured numerous deals with smaller independent studios, enlisting the talent of many sources to help maintain the incredible monthly output.

Some of Microgaming’s best online pokies include Game Of Thrones, Avalon II, Thunderstruck II, Break Da Bank, and many more.

It is impossible to say that either of these iGaming giants is definitively better than the other. Instead, it is simply a matter of preference, with gambling enthusiasts being drawn to the incredible range of options based on what they’re looking for.

Which is to say, going with either is an excellent decision.

Enjoy the BEST of both worlds. Play at casinos powered by NetEnt & Microgaming!