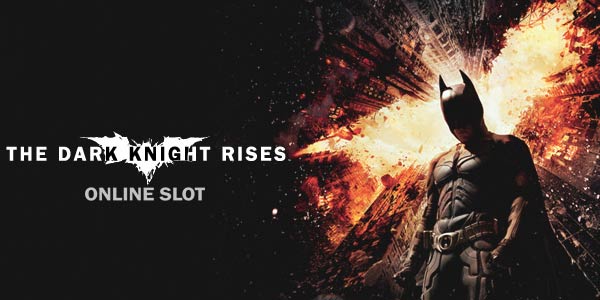 Leading online casino software developer Microgaming has announced that as of Monday the 27th of June 2016, its Batman themed pokies The Dark Knight and The Dark Knight Rises will be discontinued.

The Dark Knight and The Dark Knight Rises both featured amazing graphics and animations, as well as characters from the cast of the movies, and cut scenes. The bonus features were, in typical Microgaming style, both innovative and rewarding while overall game play was exceptional.

The Dark Knight featured the 243 Ways to Win system and also formed part of Microgaming’s Progressive Jackpot network, which is the biggest in the world. Many players struck it lucky, winning huge payouts whilst enjoying this version of the game. The follow up pokies game was non-progressive, but also made use of the 243 Ways to Win system and had a maximum payout of 7,500 coins.

In an official statement that announced the discontinuation of the games it was said that Batman had renounced his old life, packed his bags and was headed off to the country, where he would live a serene lifestyle surrounded by birds, with no damsels in distress or bad guys to fight off in sight.
It’s certainly not the first time Microgaming has decided to discontinue a pokies game, nor is it likely to be the last. A few years ago the Lord of the Rings pokies games were cancelled due to rumoured licensing issues, and over the years several other games have also become decommissioned for varying reasons.

There’s been no word as to the reason why Microgaming are pulling the plug on the two Batman themed titles, but the brand is famous for releasing top tier pokies, so players certainly won’t be in short supply of entrainment options.  There are currently several new titles on the horizon, and football themed Shoot!, Ninja Magic and Reel Spinner are just a few of the many quality pokies now available at online casinos powered by Microgaming.