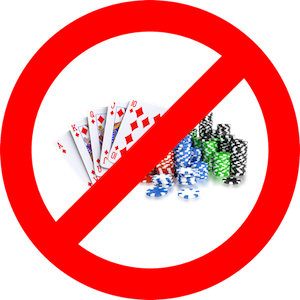 Aussie watchdog the Australian Communications and Media Authority (ACMA) has confirmed having instructed Australia’s ISPs (internet service providers) to effectively block at least eight more offshore online casino operators from doing business with local gamblers and online sports betting enthusiasts. The reasons named by the local watchdog include the receipt of countless complaints from local players regarding everything from poor to non-existing customer service, to withheld winnings and a general poor attitude towards account holders.

The ACMA recently issued a warning statement of caution that advises all Australian locals who had been making use of the online casinos and betting services on offer, to with immediate effect withdraw all amounts from the now-banned online operator sites.

Sites Are In Breach Of Laws

The Australian watchdog says that after several in-depth processes of investigation, it has now discovered the mentioned online casinos to be in direct breach and contravention of Australia’s Interactive Gambling Act of 2001.

Originally established by way of a merger in 2005, the media and communications watchdog have over the past 15 years blocked at least 90 online casinos from operating in Aussie territory.

The latest sites blocked now join the likes of Fruits 4 Real, Box 24 Casino, JokaRoom, Happy Hugo, XPokies, Mucho Vegas Casino, Bondi Bet, Slottica, Omni Slots, and Kahuna Casino; all of which were blocked by local ISPs during the month of July. A total of 11 more sites were blocked earlier on this year in May.

Along with the confirmed list of newly blocked operator sites, the ACMA also provided some insight into the internal investigative processes followed leading up to any decision made regarding the possible blocking of an online casino operator.

The process includes the ACMA passing through a thorough and exhaustive process – a process which is according to the watchdog in line with the provisions prescribed by Sections 313 and 314 of Australia’s Telecommunications Act.

An example of such a procedure would be that of several consultations held with the relevant local ISPs. The process also involves reaching an agreement pertaining to costs, the methods deployed in order to block the identified online casinos, and lastly, the use of a special stop page used to caution the general public regarding a possible block pending.