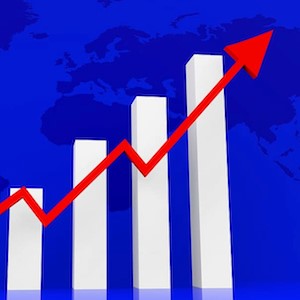 iGaming giants NetEnt and Evolution Gaming have both announced their revenue figures for the second quarter of 2020. Both online casino software companies are showing strong financial growth for the year thus far.

With many gamblers forced to move into the online casino space in the wake of ongoing closures around the world due to the health crisis, both NetEnt and Evolution Gaming have seen an increase in revenue. In addition, both brands have seen good performances in the emerging regulated market in the United States.

Casino software developer NetEnt has announced a total gross gaming revenue of SEK1.09 billion (the equivalent of $120.5 million) for the first half of the year, a record amount for the brand. While the United Kingdom continues to be the main driver of revenue, bringing in 21% of this figure, the company’s US reach is also on the rise at 10% of gross gaming revenue. The brand has experienced a huge player uptake in Pennsylvania and New Jersey lately and plans are also afoot to launch in West Virginia and Michigan when regulations allow.

A large part of NetEnt’s recorded revenue can be attributed to licensing agreements which brought in SEK1.05 billion (the equivalent of $116 million) with NetEnt’s pokies accounting for 89% of revenue and the remaining 11% coming the brand’s table game offerings.

Despite this, they did see profit for the period fall 29% when compared to last year with expenses rising due to the company’s recent integration with Red Tiger Gaming, which it recently acquired. Profit for the first six months of the year sat at SEK170.4 million (the equivalent of $18.8 million).

Evolution Gaming also saw their revenue shoot up for the first six months of 2020 recording a total gross gaming revenue of €243.5 million (the equivalent of $278 million). Their profits however also increased, by 98% and with a 51% margin the brand netted a profit of €124.6 million ($142.4 million).

The live dealer casino specialist recently made a bid to acquire NetEnt as it strives to become the world’s leading B2B provider. The deal, which has to be accepted by the 26th of October 2020, sees Evolution Gaming offering 0.1306 shares for each NetEnt share.