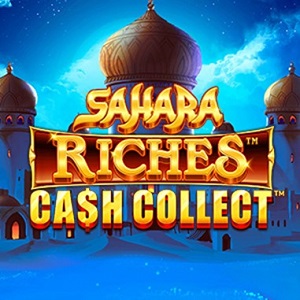 Playtech, the London-listed online casino game supplier, has just unveiled the first two of its games from its brand-new Cash Collect suite of online pokies. Available are the supplier’s Sahara Riches and Atlantis games. The new mechanic supporting Cash Collect is built around a main game. This special offering awards on-reel cash prizes and helps to determine the number of free games that a player is awarded.

Each one of the two online pokies also boasts its own distinct features. In Sahara Riches, players will be able to enjoy freezing Cash Collect symbols. In Atlantis, on the other hand, players can look forward to gold coins that help to drastically boost their prize pots. Each new release to come will also have something new to offer players. In addition to this, all of the titles in the Cash Collect suite afford players the opportunity to win one of four in-game prizes.

Colin Cole-Johnson, the Gaming Product Director at Entain, said that it is his firm’s mission to offer its customers the best, most exciting content out there. He added that the company is absolutely delighted to be able to bring the Cash Collect concept to players who love top class online pokies.

Mr Cole-Johnson went on to say that Sahara Riches became an instant favourite game amongst players during the firm’s exclusivity period. He reiterated the fact that Entain is very much looking forward to being the first operator to be able to offer Atlantis, as well as any subsequent titles released in the suite, to players. He concluded by saying that delivering the best in-gaming entertainment is what his firm strives to be able to do

James Frendo, Director of Playtech, expressed his delight at the positive response that players have had to Cash Collect in such a short space of time. He said that while it may be early days for the concept, all the signs point to Cash Collect following in the footsteps of one of the brand’s most popular online pokies to date.

He added that the strategy behind Playtech’s power suites is to combine the best in innovative reel spinning design and mechanics with the firm’s own distinctive narratives for each one, as well as to create a look and feel that best engages with players.

Players are certainly looking forward to the new released that are still to come from Playtech.