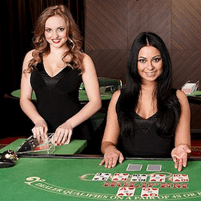 Evolution just keeps on bringing the wins. The brand has recently released Lightning Blackjack, part of their award-winning game series of the same name. Their original offering in this set was released to NZ casinos online and worldwide in 2018 and was called Lightning Roulette. It was the most popular live dealer online casino games when it was first released, and it remains as one of the most sought-after games in most online casinos who have it, like the respected Woo Casino. Their newest release, Lightning Blackjack is certain to resonate with card players of all levels as well.

3D Gaming At Its Best

Lightning Blackjack is a gorgeous 3D masterpiece which is playable to users in both the first person and in a live version. It is one of the most scalable NZ casino online versions of Blackjack around, with unique features that will have players come back for more.

Evolution’s electrifying RNG-based Lightning Card Multipliers are certain to be a hit. The RNG format includes the chance for players to enjoy the help of these special add-ons, in both the first-person option and the live dealer one. The art deco setting of the live version comes with a dealer dressed in a snazzy suit and the black and gold setting add to the sheer opulence of the setting.

Lightning Multipliers are awarded to the player with the winning hand, and this is worked out in accordance to their score. Multipliers between 2x up to 25x are available when you play the game at a recommended NZ casino online. The Lightning-Flash Multipliers are utilised in every game round and this is certain to delight players, since it gives them the opportunity to enjoy even bigger wins. This unique multiplier winnings feature is what sets this game apart.

Chief Product Officer of Evolution, Todd Haushalter, says that it was high time that the company’s Lightning brand was reimagined in a new format and thus the player favourite game of Blackjack. The heart of what makes 21 the popular game it is has been preserved, while some additional layers of excitement were very carefully added with the company famous Lightning Multipliers. This has resulted in a uniquely beautiful game.

Within the game players have the chance to enjoy an enhanced pay out, while retaining the original essence of what makes Blackjack so popular. This way, the game is able to be played as it was originally intended, which should result in many happy players who fall in love with the reimagined Lightning branded version.

Why not try this and other Evolution titles at Woo Casino now?