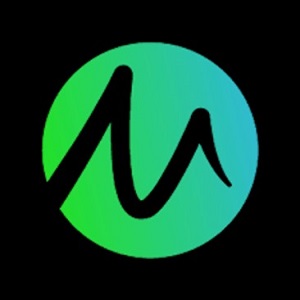 Microgaming are treating online pokies enthusiasts to a crazy selection of games this September. The iGaming giant has just announced a rich and colourful menu of new titles being released this month – and there’s something for everyone.

Below are just some of the premium reel-spinning games coming to the best online casino NZ sites during the month of September.

Up first is an exciting new title developed by the creative team at Foxium. Released on Sept. 7th, Cossacks: The Wild Hunt is now live and available to play across Microgaming’s extensive family of operators the world over.

The adventure follows three Cossack heroes as they raid their way across a cool 46,656 ways to win and a crazy Free Spins ride thrown in the mix for maximum wins.

It’s a Wild ride for adventure-crazy players with Cossacks: The Wild Hunt.

On 9 Sept. it’s was time to join the God of Fire as a new title from Northern Lights Gaming hit the online gaming scene.

This online pokies game features the Ultraways™ mechanic, which makes it possible for players to land wins of up to an incredible 18,000x their bets.

Included among the special bonus features are a world of winning possibilities – made possible by inclusions such as Exploding Wilds and an unlimited Free Spins round.

The name of this stunning title by Fortune Factory Studios says it all: a prehistoric adventure-style opportunity to bag potentially huge sums of cash.

Due for release on Sept. 22 at all the best online casino NZ, Jurassic World: Raptor Riches will see players off on a bonus-rich adventure, complete with Walking Wilds and Respins for humungous wins.

Moving onwards to Sept. 28, and it’s time for a brand-new title from SpinPlay Games to hit players’ screens.

And if Alice in WildLand sounds vaguely familiar, then it’s because the game is based on the popular story by Lewis Carol.

CopyCat Wilds, a host of free games and goodies, and Cheshire Multipliers complete the bonus picture.

Microgaming’s Mega Moolah online pokies are a staple among players who enjoy progressive jackpot titles. Which is why the upcoming release of the new Mega Moolah: The Witch’s Moon on Sept. 30 is bound to create a boom.

Developed for Microgaming by Aurum Signature Studios, the latest Mega Moolah release features all the usual bonus bells and whistles, but with the added opportunity of playing for any of the four progressive jackpots on offer. It’s sure to be a huge hit at the best online casino NZ has to offer.

Play the NEWEST online pokies now. Sign up at a TOP casino online.