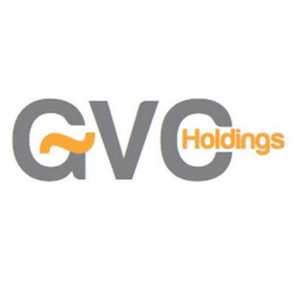 Sandeep Tiku has been appointed as the new Chief Operating Officer of the GVC Holdings group. This promotion comes amidst a series of changes in the casino group’s management positions.

During his time as Chief Technology Officer, Tiku led a range of transformational programmes within the company and held a key role in the migration of Ladbrokes Coral’s technology onto GVC’s platforms. Before joining GVC Holdings in 2014, he worked at Valtech for 14 years, a digital agency specialises in digital and mobile services for e-commerce brands. Here, he worked as the head of global mobile, analytics and cloud practice. His experience leading technological teams as well as his proven results in GVC Holdings and with the brand’s casino and betting integration systems, puts him in a perfect position to ensure the future growth. A search for his replacement for the role of Chief Technology Officer is currently underway.

Alongside the appointment of Tiku into the role of Chief Operating Officer, GVC Holdings has also made a number of other changes to its leadership roles. Marc Lange, who previously served as the Chief Executive has been promoted to the Chief of Staff, while Andy Hicks has been moved from the role of Managing Director of Retail to join the senior leadership team. Both Lange and Hicks have over 20 years of experience in their respective fields with Lange specialising in casino technology, strategy, management and consulting and Hicks holding a vast retail experience.

The changes to GVC Holding’s staff compliment come as the company’s CEO of 13 years, Kenneth Alexander, resigned from his position recently. The casino software brand also recently reported an 11% annual decline in revenue with figures being greatly influenced by the closure of many of the group’s retail outlets and a reduction in sports betting due to match cancellations owing to the ongoing global health crisis.

In addition, it was recently announced that GVC Holdings was under investigation by the UK tax authorities following potential wrongdoings by one of the brand’s subsidiaries and former Turkish operations.