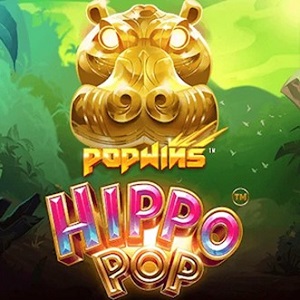 Yggdrasil and AvatarUX have created a fresh, new and exciting title to add to the hugely popular PopWins series of online pokies. Set to be named HippoPop, this colourful game features striking neon animals coming to life, as well as a psychedelic atmosphere. The game promises to be an exciting and rewarding one.

AvatarUX is one of the studios to form part of Yggdrasil’s YG Masters partner program. This program allows a sharing of skills between Yggdrasil and its partners, whereby one is able to leverage off of the other’s offerings.

HippoPop has quite an interesting bonus to offer its players, which will help set it apart from other online pokies in the same genre. While unique to the game, this bonus feature is similar to the one used in other PopWins titles. In order for the feature to be triggered, players need to have grown all of the game’s reels to the maximum height of six symbols in the base game. Thereafter, all wins will increase the win multiplier, which will then be carried over to the bonus of the game.

Throughout the duration of players indulging in this bonus, all wins will increase the win multiplier and after every series of wins, the reels are then reset to the lowest height. However, it must be noted that the maximum height to which these reels can expand in the bonus is eight. This will unlock all of the reels and add two extra spins to the feature.

HippoPop’s bonus feature can, at times, be a little bit tricky to trigger. The online pokies game will also offer a chance for players to gamble the spins on the bonus wheels to try and reach the maximum amount of 12 spins.

HippoPop promises to deliver some great extra features. For one, the excellent graphics and upbeat soundtrack, combined with the massive potential and solid RTP of 96.1% means that the latest addition to the series is almost guaranteed to create a bit of buzz in the world of online pokies.

Each new HippoPop spin represents 486 different ways to win. However, once the round is spun, players will find that every win expands the reels and gives them even more chances to win.

The design of HippoPop is inspired by traditional wood carvings and the Oaxacan arts, which makes the game’s graphic work a masterpiece. The reels are set against a lush jungle and have been populated by nicely stylised animal symbols in an array of bright colours, including bright pink flamingos, green panthers and blue fish, to name a few.