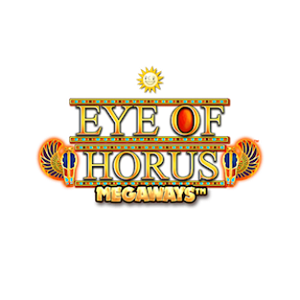 Blueprint Gaming has now added yet another stunning iGaming title to its Jackpot King progressive jackpot system. The latest addition is none other than Big Time Gaming’s wildly popular Eye of Horus Megaways pokie. Blueprint announced the exciting news in a press release on Thursday.

Initially designed and developed by Reel Time Gaming for retail play, Eye of Horus has now been re-crafted and adapted for online gaming enjoyment by Blueprint Gaming. The game is a valuable addition to Blueprint’s ever-expanding impressive range of online content already incorporated with its Jackpot King progressive jackpot range of pokies.

Premium Addition To The Series

Specially redeveloped by Blueprint for Jackpot King, the top pokie now offers to players the chance to grab any one of three progressive jackpots.

Once entry has been secured into the special Wheel King feature, players get to play the game in special bonus mode, with any one of the three progressive jackpots at that point guaranteed.

The online casino world sat up and took notice when in April this year, a lucky PokerStars player turned a humble €0.80 wager into a life-changing €8.1 million in jackpot prize money while playing Blueprint Gaming’s Deal or No Deal Megaways as part of the Jackpot King series of pokies.

This massive win had been a leading deciding factor for adding more games to the popular progressive jackpot network series, explained Blueprint Gaming Director of Key Accounts and Marketing UK, Jo Purvis, during a recent interview.

Purvis said Blueprint’s Jackpot King network is attracting a great deal of attention right now, and that this is set to continue as even more games are added in future.

Yet another player-favourite has been selected to become part of the Jackpot King story. Blueprint recently announced that will later this year add its Fishin’ Frenzy Megaways pokie to the popular network. What’s more, it also announced that the redesigned version of the game will feature its all-new Prize Lines bonus mechanic.

Get the reels spinning and get WINNING! Play online pokies now.