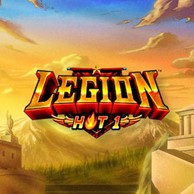 Fans of the ancient Roman army have the chance to join another of the formidable force’s campaigns. Award-winning provider Yggdrasil announced the launch of Legion – Hot 1™, brand-new online pokies with mechanisms and features that may well be worthy of a military that helped create an empire.

The game was developed by Hot Rise Games, but the studio didn’t work alone. Instead, the talented developers drew on the expertise of ReelPlay. Beyond that, the game is powered by Yggdrasil’s renowned GATI technology.

GATI allows partners to use a preconfigured standardised development toolkit that’s regulation-ready to produce some of the best online casino NZ gaming options. Legion – Hot 1 was released as part of the YG Masters program. The collaborative program allows independent studios to design and distribute online pokies through the provider’s network.

A Look At The Game

The view behind the 5 reels of the video pokie is of a magnificent city, dominated by graceful statues and columns. The Legion – Hot 1 reels are where the gaming happens, and instead of regular paylines, they have 243 ways to win.

The Wilds can replace standard icons and participate in winning combinations and then double those payouts. The final spin of the round is where the Hot 1 feature kick in. The feature adds Multiplier Wilds to the top and bottom rows of one of the reels for added winning potential.

At the time of the Legion – Hot 1 release, Yggdrasil head of product and programs Stuart McCarthy expressed high hopes for the game. He said that the online pokies will take players back in time to ancient Rome, where the suspense and excitement will build during the base game and hopefully reach a crescendo in the Free Spins round.

McCarthy added that ReelPlay and its partner studios had built impressive momentum in producing and releasing some of the best online casino NZ content via the YG Masters program.

ReelPlay CEO David Johnson said his studio was happy to be part of the release of Hot Rise Gaming’s debut casino game.