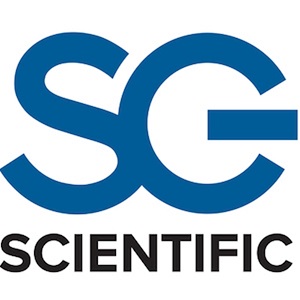 Scientific Games (SG), the leading games provider of global standing, announced on August 4 2021 that it has acquired Lightning Box, a company famed for its high-quality online pokies. This takeover is just another step along the provider’s ambitious expansion plans. Its ultimate goal is not only to be one of the iGaming industry’s leaders but remain content-led and incorporating sustainable growth along the way.

Since being established in 2004, Lightning Box has gone on to become a widely respected game developer in multiple regulated markets. Scientific Games’ addition of the studio to its portfolio increases the suppliers’ pool of talented game creators.

Online pokies fans the world over love Lightning Box and their titles are hugely popular at the best online casinos NZ has to offer. The brains behind the games are innovative, original, and dedicated to meeting the needs of both operators and players which is why they’ve had such remarkable success.

The incredible designers and developers at Lightning Box are reportedly very keen on working with Scientific Games going forward. They plan to bring their passion and skill to the table in games that will no doubt recruit even more fans.

Top titles from the brand include Astro Cat, Lightning Horseman, Silver Lion, Golden Yak, and Kalahari Safari. These games and many more are currently readily available in a range of markets worldwide, including at the best online casinos NZ offers. This is largely thanks to the company’s many operator partnerships, a list which includes renowned brands like Golden Nugget, LeoVegas, Rush Street, Unibet, and Sky Bet.

Everyone is Pleased With the Acquisition

Senior Vice President and Deputy General Counsel at Scientific Games Dylan Slaney mentioned how popular Lightning Box online pokies are globally. He said the developers fit in with his company’s strategy perfectly because they are talented, passionate, and committed to excellence.

Paul Causley is the Managing Director and Co-Founder of Lightning Box and he share’s Slaney’s views. He said that this move is not just a remarkable opportunity for his team but a significant recognition of their hard work thus far. He added that joining Scientific Games and working beside them is going to do much to drive their ambitious plans regarding online pokies innovations.

Causley stated that he’s long known that Scientific Games would be able to propel his firm’s games to new heights and he’s very excited about what’s to come.

Play at the BEST online casino NZ today. Signing up is simple!