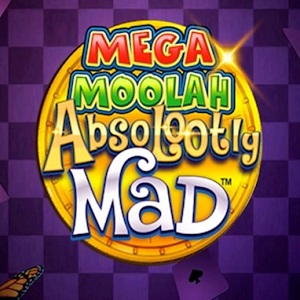 Respected online casino software giant Microgaming has broken yet another one of its own records! This time, with the biggest jackpot payout ever. The highest online pokies NZ jackpot payout ever now stands at a whopping €19,430,723.60.

Absolootly Mad: Mega Moolah is the game that paid out this incredible win. It’s one of the pokies that forms part of Microgaming’s impressive progressive jackpot network, and its fast become a Kiwi player favourite. This series of pokies games has been around since 2006, and they keep on changing players lives.

The latest record breaking jackpot was triggered on the 27th of April 2021 by a player in Belgium. Prior to this hit, Microgaming was already the proud owner of the largest-ever online and mobile casino jackpot title. Now, the developer has smashed its own online pokies NZ record, and more big wins look set to be part of its future.

What is interesting is the fact that this €19,4 million win comes hot on the heels of two large jackpots that were paid by Microgaming just a few days earlier. On the 14th of April 2021, another lucky player hit gold by winning the main WowPot jackpot.

WowPot is Microgaming’s latest progressive offering and it adds even more chances to win for online pokies NZ players. That player walked away with a cool €17,5 million. Just a few days after that, yet another player won a lifechanging amount of money, although this time, it was a sum of €2,025,000.

All About The Jackpot Wins

The game has been themed after Alice In Wonderland and offers players a dose of everything that they could possibly want. Its features include rolling reels, win multipliers and free spins bonuses, to name a few. However, the biggest appeal of Absolootly Mad: Mega Moolah is the game’s progressive jackpot. This feature can be triggered on any spin and gives players the chance to win one of Mega Moolah’s jackpots – of which there are an impressive four in total.

Including these latest ground-breaking online pokies NZ wins, Microgaming has the one of the online casino industry’s highest payout rates across all of its games. So far, it has paid out a whopping €1.3 billion. On its own, Mega Moolah: Absolootly Mad has paid out €46 million since it launched a little over one year ago.

Now, the next big win could be yours!