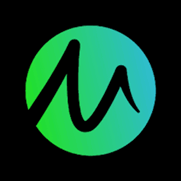 Microgaming, the legendary online casino giant, has plenty for players to look forward to in the next few weeks. The brand is set to release a number of new online and mobile casino games in collaboration with its content partners and independent studios. Let’s take a closer look at what’s coming from Microgaming in July 2021.

Perhaps one of the year’s most hotly anticipated mobile casino games is Thunderstruck Wild Lightning, due out 27 July. With 40 paylines, the pokie also features free spins, multipliers and Microgaming’s Link&Win™ mechanic.

Expected to be released on 26 July, Royal League Neptune’s Harem will offer players a trip into Atlantis. This underwater adventure offers a board of 49 squares and a multiplier of up to 10,000 times the original wager.

On 14 July, players will be able to enjoy Pirate Armada, which was inspired by Inspired’s Super Hot Fruits mobile casino gam4e.

On 15 July, take an adventure right back to Isla Nublar with the revamped Jurassic Park pokie featuring enhanced animations and improved audio.

Released on the 7 July, Towering Pays Rome from Games Inc. will be available for just three months.

Towards the end of July, SpinPlay Games’ 9 Blazing Diamonds will be available to players. It will feature the WowPot jackpot, which has already paid out more than 1.5 million wins.

Players can now enjoy Code Breaker Clusters, a new release from BB Games that went live on the 7th of July. This online pokie features five by five cluster pays.

Triple Edge Studios has developed Legacy of Oz, set for release on 20 July. The game triggers up to 20 free spins and respin reels too.

Elven Gold is a mysterious, action-packed game that has the potential for high wins. The game was released on 6 July.

Snowborn Games has Coin Bash on the cards for a 13 July release. It features 20 paylines and a Lucky Star bonus.