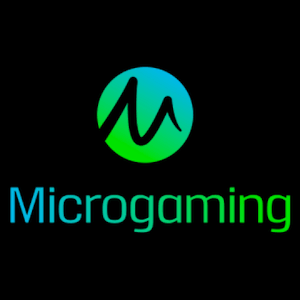 Microgaming, the online casino software giant, is making the necessary moves to help further strengthen its already impressive leadership team. The firm has just announced that the role of Director of Markets is set to be filled by Julie Allison.

Microgaming was founded in 1994. While there does not seem to be much more information about the company’s earliest days, Martin Moshal is one name that seems to be linked to the establishment’s original founders. Microgaming has remained a private company ever since it was founded, so information on who is behind the software giant has always been a little bit scarce. By the time 1994 came around, Microgaming had been able to establish itself and in that year, launched an online pokie called Cash Splash.

The game itself was a big deal for its time, especially because of its innovative mechanics – it completely changed the industry forever. This marked the first occurrence of a progressive jackpot, which made for big steps in the right direction for the industry as a whole. Ever since then, Microgaming has been able to secure some of the biggest online casino clients on the market.

A New Addition To The Team

As the newly appointed Director of Markets, Julie Allison brings with her more than 10 years of iGaming experience. She has amassed this experience with a great deal of industry heavyweights including the likes of Red Tiger, NetEnt and Paddy Power Betfair. Allision is set to lead the expansion of Microgaming’s online casino offering in regulated markets across the world.

Of her new role, the now-Director said that Microgaming also holds such an impressive position within the global marketplace. This, she says, makes her new job all the more exciting. She loves the thought of being able to continue building on top of what is already such a strong foundation. Ms Allison is most excited about starting to guide the company’s future markets vision and proactively embracing the new regulations, as well as supporting customers as they prepare for such a big change.

Andrew Clucas, the Chief Operating Officer at Microgaming, has extended a warm welcome to Ms Allison. He said that with her strong vision and her wealth of commercial online casino expertise, he is delighted to be able to welcome her on board and looks forward to working alongside her as the company moves to extend its global reach.