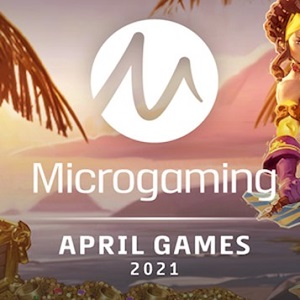 As one of the online casino industry’s most productive developers of online pokies, Microgaming is at it again. Operators of online pokies NZ sites, as well as players, have grown accustomed to seeing plenty of new releases from the developer on a monthly basis.

While this may be the case, it seems that April will be particularly exciting for operators and players alike. Together with its partner studios, Microgaming has prepared a host of new releases set to be released within the coming weeks.

Released on 6 April, Gold Collector is the first one in this new collection of online pokies. Created in conjunction with All41 Studios, this game features cartoon-like graphics and is centred around a mining theme. The NZ online pokies game has symbols such as dynamite and gold-filled carts adorning its reels.

Next up on this list of newly released reel spinning games is Queen of Alexandria. Created by another one of Microgaming’s partners, Neon Valley Studios, this game is themed after Cleopatra. The online pokies NZ offers players plenty of expanding wilds and re-spins. This title’s biggest attraction is the WowPot Bonus Wheel, which can be triggered on any spin.

King Arthur is no stranger to being a theme for online pokies. Due for release on 20 April, this title offers expanding wilds in the base game, while the free spins with a randomly selected scatter symbol create an exciting setup for players. The main aim of this NZ online pokies release is for players to uncover the riches of Avalon.

Come 22 April, players will have the opportunity to indulge in a casino game with a pirate-inspired adventure. This game has been developed by Buck States Entertainment and offers players up to 117,649 possible ways to win on every single spin.

Set for release on 27 April, Blazing Diamonds has been developed by SpinPlay. It’s a classic online pokies NZ game featuring symbols such as 7s, diamonds and cherries. This game offers several exciting features and modern graphics.

The final release for April will go live on the 29th. Themed around Ancient Egypt, the reels will feature a host of symbols including Ra, Cleopatra, pyramids and scarabs. The bonus feature offers up to 50 free spins.

There you have it, this is just a taste of the new games you can look forward to.