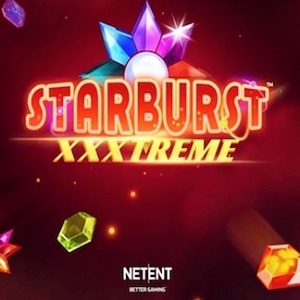 Starburst XXXtreme is the sequel to NetEnt’s incredibly popular Starburst pokie and has just been launched by the famous developer. A 5X3 grid includes Multipliers, Respins, and Wilds, and debuts XXXtreme spins which allows NZ online casino players to purchase a guarantee of the Starburst Wilds triggering.

Todd Haushalter, the Chief Product Officer for Evolution, described Starburst XXXtreme as a highly entertaining addition to any gaming catalogue that more than lives up to the original. He explained that the team that created the sequel ensured that the classic features that made the original pokie so popular were brought over into the latest edition.

NZ online casino players will find 5 reels and 9 paylines in Starburst XXXtreme, with Expanding Wilds and Respins at the ready. The original’s features have been embellished by the addition of Random Multipliers worth as much as 450X into the mix and the possibility of Multiple Stacked Wilds appearing and securing even larger rewards. The Random Wilds feature is also new. Pokies players can also pay a fee of between 10X and 95X their bet to trigger XXXtreme Spins which guarantee between 1 and 2 Starburst Wilds landing.

Wagering levels are good, between 20c and NZ$100 per spin and a minimum of 3 symbols need to be matched from the 1st reel onwards to ensure a payout. Symbols include blue, green, orange, purple, and yellow gemstones, Lucky 7s, BAR icons, and the Starburst Wild.

Extra features in the new pokie include one built around the Starburst Wilds, one which uses the Random Wilds, and an XXXtreme Spins Feature.

With an average Return to Player rate of 96.26%, NZ online casino players can spin the reels of Starburst XXXtreme on smartphones, tablets, and desktops and look forward to a hit-rate frequency of 20%. The maximum win is a healthy 200 000X the triggering bet. The minimalist design means the game functions flawlessly no matter how you’re accessing it, but its high quality won’t be affected by its simplicity. NetEnt found a healthy balance.

NZ online casino fans of the original pokie will have nothing to complain about when they play Starburst XXXtreme. It takes the action and excellent theme of the first game to an entirely new level and the high maximum win possibility serves as an excellent incentive to play. NetEnt has managed to stay faithful to the iconic elements of Starburst whilst at the same time providing enough of a new experience to warrant a new title.

Play POKIES now. Spin the reels for a JACKPOT win.