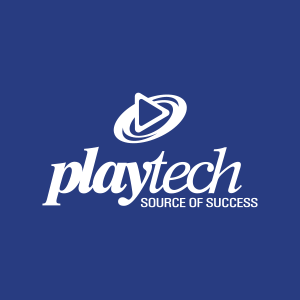 Casino software development specialist Playtech has released its revenue report for the period ending December 31st, 2019. The recurring theme is that of Playtech having had to pump all available cash resources into its B2B divisions – cash resources driven mainly be an exceptional performance on the part of its B2C Italy-based Snaitech business.

Even with a 23% reported revenue boost resulting from the period leading up to December 31st, Playtech still managed to post massive losses. The company has said that the €19.6 million loss for the year 2019 was mainly brought about by a slew of discontinued business operations coupled with taxes payable on top of overall losses.

The markets proving a welcome reprieve on the revenue front were live casino offerings and B2B division sports offerings. These set in motion a 15% rise in revenue, without which the company would have had to release a very dire report indeed.

Hardware sales too drove revenue by at least 56% in an upward direction, with these relating mainly to sports revenue. B2B gambling revenue however levelled out the field somewhat thanks to a 2% drop in revenue and overall performance.

A great deal of growth was however reported in individual casino markets as far as B2B revenue goes. Sweden and Switzerland acted as major upward drivers in revenue, as did the addition of at least 50 new brands to Playtech’s SaaS software-as-a-service product. This greatly served to not only support revenue overall, but also to increase the company’s presence and footprint in the United States.

A definite highlight in terms of revenue has been Playtech’s Italian Snaitech division. Playtech acquired Snaitech back in 2018 and has as a result now for the very first time been in a position to post full-year revenue results for the new Italy-based division. The full-year submission has made quite the difference to the reported casino revenue performance by the company overall.

According to Playtech Chairman Alan Jackson, the secret behind Playtech’s success despite so many challenges has been that of laying a firm foundation in terms of assuring future and ongoing growth. This is a strategy already adopted quite some time ago and the full scope of benefits resulting from many years of hard work is only now starting to truly shine through. Jackson referred to Snaitech as having experienced a superb and fantastic 2019.