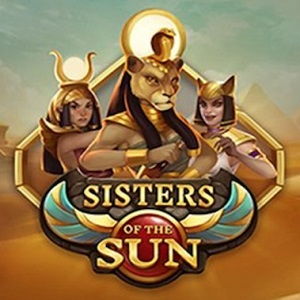 Highly respected iGaming developer Play’n GO are back with another online pokies release. Called Sisters Of The Sun, the game takes place in the very familiar setting of ancient Egypt. This time, however, the focus is not on the same old faces. Instead Play’n GO decided to focus on far lesser known entities, namely the female goddesses that barely anyone knows. It is an interesting premise, backed by outstanding gameplay, making this amongst the more interesting online pokies released by the studio. Sisters Of The Sun is available now at any of the best online casino NZ sites powered by this developer.

In terms of visuals Play’n GO have once again gone all out, spending a ton off effort bringing ancient Egypt to life. Each symbol is dripping with detail, depicting goddesses that look real enough to touch. It isn’t clear who exactly these cat eared goddesses are, but after seeing this many New Zealand players will likely be more than a little curios.

It is, all in all, an outstanding experience as far as visuals are concerned.

As far as gameplay is concerned, Sisters Of The Sun is an online pokies that does more than a few interesting things. A 5 reel and 5 row grid is utilised, backed by a 96.20% RTP. Though, with the increasingly popular cascading reels system in use, things aren’t as some players would expect. In contrast to normal spinning reels, cascading symbols fall in from the top of the grid, and disappear when matched, allowing new symbols to drop in. This means that chain wins are possible, creating massive payout potential.

Beyond this there are a ton of interesting special features and bonuses, all with a distinctly ancient Egyptian style. From the Eye Of Ra, to goddess specific specials, Play’n GO really know how to utilise an online pokies theme.

If Scatters are matched the player is given the option to choose a preferred goddess, with each providing a unique Free Spins bonus package.

Kiwi pokies enthusiasts will likely already be heading to one of the best online casino NZ sites have to offer to try it out for themselves.