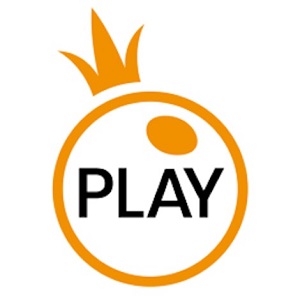 Pragmatic Play recently announced the launch of its special new Daily Wins campaign – being the largest of its kind ever to be solely sponsored by an iGaming provider. Set to officially launch on Thursday, 3 June, players will have until July 29 to try and grab their share of the cash-action by playing the prize developer’s games.

The online casino games giant recently revealed that the casino bonus had been launched for increasing player engagement with its titles and partner-operators.

As for how fans will be able to go about recognising participating Pragmatic Play titles, the company has said that the Daily Wins logo will be clearly displayed on game thumbnails at all participating operator sites.

According to Yossi Barzely, Chief Business Development Officer at Pragmatic Play, the special Daily Wins casino bonus was created for the studio giant’s clients, being its extensive range of partner operators. Barzely says the offer was also created in response to Pragmatic Play’s games having been exceptionally well received by Asia-based operator domains.

Barzely furthermore explained that the integration of Pragmatic Play’s live casino games into the Daily Wins promo will afford players the opportunity to bank their share of a phenomenal $3 million in cash payouts – making the promotion a super-exiting affair for everybody involved.

The Daily Wins announcement comes only a little over month after the award-winning developer announced a brand-new promotions management platform for its premium selection of live casino titles. The new platform allows online casino operators to host their own on-site tournaments using Pragmatic Play’s premium selection of titles – which selection includes Baccarat, Roulette, Blackjack, and its Mega Wheel series.

But even more exciting is the news that from June 3, the prize developer will throw even more additional cash at its Drops and Win tournaments, which is set to give online casino enthusiasts even more opportunities to win big – an additional $608,800 per month, to be exact.

According to Barzely, Drops and Win tournaments boosted by Pragmatic Play’s live casino offerings will have given players a chance to win their share of a stupendous $8.5 million in casino bonuses by the end of November 2021.

Get your hands on a casino bonus NOW! Play to WIN.