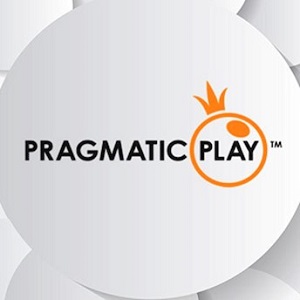 Pragmatic Play, the online casino software maven, is aiming to give its online pokies players even more reasons to celebrate. The company has just announced that it has rolled out an enhancement of its Drops & Wins promotion. This rollout marks the largest prize pool to ever be fully sponsored by a casino game provider.

With this new offering, Pragmatic Play is aiming to make sure that all of its players have the opportunity to win big. The monthly prize pool is set at a whopping 1,000,000 across two verticals.

The rollout of this enhanced Drops & Win promotion is being managed by Pragmatic Play in its entirety. The promotion will run from 2 June until 17 November via the online pokies and live casino verticals. There will be no additional developmental efforts required by those who have already joined, meaning that if you are already a member, you will not need to do anything more to qualify for the promotion.

Yossi Barzley is the Chief Business Development Officer at Pragmatic Play. They said that the Drops & Wins promotions have been hugely popular in previous years and have all been well-received by fans across the world. Barzley emphasized the fact that the company could not be happier to provide fans with even more reasons to celebrate with this massive new promotion.

By incorporating a live casino offering as well, this Drops & Wins promotion will afford players a chance to win their share of 7,000,000 in cash prizes by the time the promotion draws to a close. Pragmatic Play will continue to look for different ways in which to enhance the experiences of their fans. The company is extremely excited for 3 June, when the promotion will be kickstarted.

With this new promotion comes a new monthly prize pool. The monthly prize pool is valued at €/£500,000 for online pokies games, and players will be able to recognise which of the titles qualify for the promotion via the Drops & Wins logo that will appear in the corner of the thumbnail.

In addition to doubling the size of the online pokies prize pool, Pragmatic Play has also developed a new promotions mechanic for its live casino games. Top rated casino operators will be allowed to run their own tournaments, prize drops and more on popular offerings such as Roulette, Blackjack, Baccarat and Mega Wheel. This also comes with a monthly prize pot of 500,000, which means that Pragmatic Play will be committing a total of 1,000,000 in cash prizes every month.

Get in on the ACTION! Play online pokies NOW.