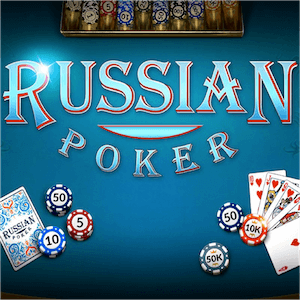 Evoplay Entertainment, the company that gave us the very first Virtual Reality casino game, has announced that it is ready to launch its very first table game for the new year. Russian Poker is the new release, and the developer has put together an impressive array of classic elements with a modern touch. The design and luxurious feel the classic golden age of Poker has been incorporated into the gameplay into a seamless way. One tends to feel as if you’re tucked into the lap of luxury after having time-travelled back to a classic area when playing cards was considered to be an activity indulged in by the elite of society.

The game incorporates Poker’s most challenging element of all, in that players are required to compile three hands during each and every draw. Definitely not for anyone unable to multi-task!

Make no mistake; this is no ordinary Texas Hold’em or any kind of quick-draw-wrap-it-up kind of choppy chomp. In order to beat the dealer, which is of course the aim when playing any kind of Poker and the reason why many love the game, all three of the player’s hands come into play. What this means is that each of the three hands must in effect be a stronger hand than that of the dealer’s.

When considering this, one starts to understand why Russian Poker isn’t your every-day run of the mill title.

But that having been said, Evoplay has gone to great lengths to make their own version of Russian Poker just a bit more accessible and playable by ordinary players. Obviously compiling three hands of upper-hand cards remains a tricky affair, but the structure and setup has been designed in such a way that it promotes creative thinking.

A nifty addition is the fact that the rules avail themselves in such a way that players are able to make calculated risk-decisions on each and every hand. This certainly adds the playability factor and ensures a relaxed environment.