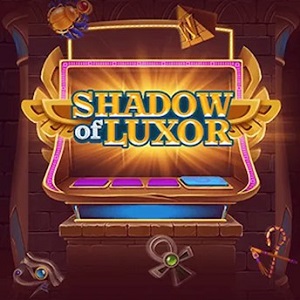 Fruit, other traditional online pokies symbols, and a retro gaming machine design are what come to mind when some players think of 3-reel games. Vintage vibes certainly are a popular choice for developers that decide to tackle the genre, but Evoplay has created something with much more oomph in new release, Shadow of Luxor Jackpot.

The 3 reels are about as close as the game gets to classics inspired by old machines such as the original Liberty Bell. The release has a few features usually associated with video pokies, but the pièce de résistance is the jackpot – or jackpots, rather. Shadow of Luxor has two progressive jackpots that players can win by playing the game at the best online casinos NZ has to offer.

Speaking about the launch of the new online pokies, Evoplay CEO Ivan Kravchuk said that the provider tried to make every release as unique as possible. He believes his team achieved that by adding the potentially huge progressive jackpots to Shadow of Luxor Jackpot. Kravchuck added that he expects the ancient Egyptian theme will attract players.

A Glance At The Game

Blank, standard, and bonus symbols appear on the online pokie’s reels. There is a pyramid Wild that is the highest-paying symbol, and it can replace all regular symbols in winning combinations. The Scatter’s the only icon the Wild cannot replace.

The eye of Horus is the Scatter, which triggers the Free Spins round and potentially awards payouts when 3 land on the reels. The round includes 10 Free Spins that offer players chances to win more than 3,000x their stake when they play Shadow of Luxor Jackpot at the best online casino NZ players have access to.

The other symbols include a gold-and-jewel scarab, the pharaoh’s crossed crook and flail, a jewelled ankh, and triple, double, and single BARs.

The inclusion of the Royal and the Divine progressive jackpots in the game mark the first time the feature has been used in pokies from Evoplay. Players could win as much as NZ$5,000.

The online pokie has 5 paylines and a RTP of 95.97%, and players can play it for between 0.10 and 100.00 per spin. The provider used mobile-first technology to develop Shadow of Luxor Jackpot, which makes the game playable on Android, iOS, and other phones and devices, as well as on computer.

Players can find the new release at our recommended casinos online.

Sign up NOW and win big! Play for a huge jackpot ONLINE.