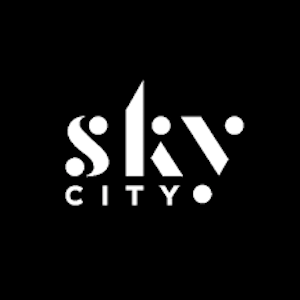 The New Zealand-based SkyCity Entertainment Group has announced a NZ$125 million (US$90 million) retail bond offer. The deal also allows for the option of another US$36 million in oversubscription as the casino company looks to further bolster its liquidity due to the financial implications of the global health crisis.

Announced recently, the bond offer would comprise of six-year unsecured, unsubordinated fixed rate bonds that are due on 21 May 2027. The bonds are available to New Zealand’s institutional investors and retail investors. SkyCity also added that it expects the bonds to be assigned a “BBB-“ rating by S&P Global

Along with the announcement of SkyCity’s bonds came a casino market update. The update pointed to SkyCity having had a resilient performance of its flagship property. SkyCity Auckland did exceptionally well when it was open, primarily resulting from its electronic gaming machine segment.

On the other hand, SkyCity described the performance of its other property, SkyCity Adelaide, as consistent throughout March and April. It’s performance was in line with the launch of its AU$330 million revamp that occurred in the later months of last year.

SkyCity did not provide any numbers pertaining to the performances of any of its properties. However, it did note that its online casino business is enjoying continuous growth. SkyCity Online Casino has seen its number of active customers increase significantly from 24,400 in the middle of February to 38,000 as of 30 April 2021.

No Change To Previous Guidance

A spokesperson for SkyCity said that despite the current positive state of trading, there will be no change to the previous guidance for FY21. The SkyCity Group has normalised EBITDA to be above FY20 but still well below the levels that were enjoyed before the global health crisis began. Because of the health crisis, the operating environment remains unpredictable at best and as a result, SkyCity was not yet able to provide any guidance pertaining to accurate formal earnings.

Last year, SkyCity reported a decline in its net profits as the global health crisis continued to affect casino markets across the world. For the six months leading up to 31 December 2020, the entertainment group reported a massive decline of 76.1% in net profit. The group’s net profit sat at just US$56.4 million. Overall, SkyCity’s group-wide revenues also took a bit of a knock as they slid down 37.7% to rake in a total of just US$323.8 million.

Win big from ANYWHERE! Sign up at an online casino.