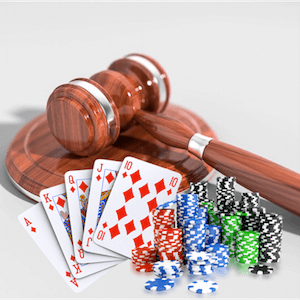 In a bid to protect against compulsive gambling, the UK Government has given the green light to lower the maximum stake on fixed odds betting terminals. The figure is £2 (NZ$4) down from £100 (NZ$194).

Considering that problem gamblers can bet as much as £300 (NZ$582) a minute on online games such as Blackjack and Roulette, the new law is doing much to protect them from depleting their savings and accumulating debt.

It also looks set to highlight and sustain their relationship with family and friends, and to prioritise their health.

The decision comes in the wake of Sports Minister, Tracey Crouch's reassurance that the resulting shortfall in government revenue would be addressed. Compensation, he reiterated, would come with the increase of the duty on offshore gambling companies. The remote duty was originally created to level the playing field between land-based and offshore gambling firms.

Set to come into effect at the end of October - the new duty is set to go up 5 to 10 per cent from the former mandatory 15 per cent – and applies to any online casino that has UK clients.

With government coffers due to get an injection of more than $1bn in the next 5 years as a result, the companies offering online Blackjack and Poker look set to be hardest hit, particularly considering offshore gambling firms are already paying 25 per cent tax.

Yet authorities are not backing down. The increased duty is only one of several measures being introduced to fight against problem gambling. These include an advertising campaign to raise awareness of compulsive gambling, introducing an age limit for those who play the National Lottery, and enforcing stricter rules to verify online players’ ages.

The UK government is also looking at banning advertising gambling companies or advocating for gambling at sporting events and having sports men and women being ambassadors for such companies. To this end, publically displaying a gambling company’s branding on their sports kit would be illegal.

According to the UK's Gambling Commission, more than half of the English population gambles. This includes an increasing number of young people who are exposed to positive media messaging around gambling from a young age.

Considering that 1.2 per cent of the 56% of players in the UK are problem gamblers, the new law is well positioned to address related concerns, and are considered by many a step in the right direction.