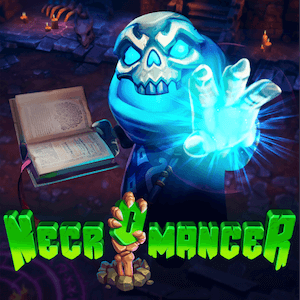 There can be no argument as to how rapidly technology is advancing these days, and casino software providers are taking advantage of this to create increasingly more engaging entertainment for their players. Evoplay is the latest company to make history, releasing their first-ever fully realised 3D pokie called Necromancer, which is sure to be greeted with enthusiasm in both New Zealand and the rest of the world, especially by players who enjoy VR.

Their new title will certainly not leave anyone indifferent thanks to its great graphics instantly transporting players into a mystical 3D world where they will be asked to take part in Warlock rituals. All players need to do is log in to their favourite Evoplay powered casino in order to start enjoying it today.

Players will be able to immerse themselves in the supernatural environs Necromancer is set in with just a few clicks of their mouse, or a couple of taps on their smartphones or tablets. All that’s required to start enjoying the 5 reels and 40 paylines real money game is a phone and a VR helmet, and a 360° gaming experience will be unleashed.

The game was designed using HTML5 3D tech in order to allow players to enjoy utter immersion, even extending them the chance to change the camera-view. No matter which device it’s being played from, Necromancer will deliver the same experience, and in-browser access is provided, so there’s no need for any additional downloads.

It’s obvious that a lot of time went into this game’s creation, and the innovative features and unconventional plot twists will definitely impress.

What’s the Story Behind It?

This is the first VR browser-based game to be released by Evoplay, and the title goes a long way towards explaining what the pokie is about. Necromancy is the supposed practice whereby the living attempts to communicate with the dead, especially in an effort to predict the future.

Necromancer pokies’ actions have not been captured by just the one camera in front of the viewer, but are instead presented with a camera-rotation effect, which allows players to view everything around the various characters. Apart from the game’s intelligent design, it also boasts several other interesting features like Stacked Symbols, Free Spins, and a Respins feature, along with a more typical Wild Substitution symbol. It’s volatility is between low and medium, so although the payouts are little smaller, they occur far more frequently.

This new release is set to change the way pokies are played, and you can join in the fun at SlotsMillion Casino if you want to try it out for yourself.