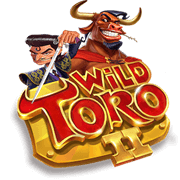 It’s this year five years after iGaming powerhouse ELK Studios released their super-popular Wild Toro online pokie. The game has remained a smash hit ever since, which makes it an exciting affair that they’re just gone live with a sequel, Wild Toro 2.

Played on a 5x5 reels game area, the reels are expandable up to eight rows. And the pay-ways, which start out at 259 ways to win, can also be increased, and up to 502.

ELK Studios have again created an online gaming experience with a great deal of potential for banking big from the top Jackpot of up to 10,000x the basegame wager.

Several changes have been applied to the visuals when comparing the online pokies sequel to the original release. The most prominent of these is the camera shift for giving players a better view of the Spanish city in the background.

What hasn’t changed is the heated action players have come to love and adore from the first Wild Toro pokie. With the rivalry between the Matador and his bull Toro as heated as ever before, the anticipation and excitement created by the soundtrack adds much enjoyment and hype to the experience. It’s all there: the Spanish guitar, the booming trumpet, the chanting, and the dream beats – the whole shebang.

The online pokie’s symbols too, have undergone quite the makeover.

Included this time around are a total of 8 different symbols. They are gold coins, silver coins, oranges and flowers for the high-paying icons, and a suite of royals displayed in bright colours for the lower-paying ones.

Special bonus features abound once again. Much value is to be had from the Toro Goes Berserk feature whenever the Matador and Toro appears simultaneously on the reels. Also bringing bonus hype to the party are Multipliers, Wilds, a Matador Respins mechanic, and Expanding Reels.

With Toro being the major reason players fell in love with the first release, it’s good to see him doing his thing as a Walking Wild creating big winning possibilities for players in the sequel.

He does his thing by leaving a trail of Wilds while charging his Matador rival whenever the Toro Goes Berserk feature is triggered. And if he wins the charge, he’s instantly transformed into a Progressive Multiplier Wild for even bigger value applied to any additional Toro symbols appearing during the same round.

With so many new ways to bank big included in the online pokie sequel, coupled with a ramped-up experience in terms of the theme, we’re confident ELK’s Toro Wild 2 will become even more of a smash hit than its popular forerunner.

Spin the reels of brand-new pokies online! Play at the BEST casinos now.