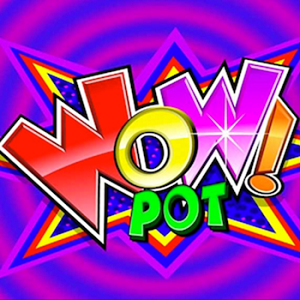 The last days of April 2021 have been the makings of a grand old week for one incredibly lucky online pokies player indeed, as Microgaming’s WowPot Mega Jackpot paid out for a second time in under 7 days.

The money will be paid to the lucky reel spinner in one single lump-sum, just the same as with all other Microgaming payouts.

Sherlock & Moriarty WowPot was the fifth big title to be added to Microgaming’s phenomenal new WowPot series of progressive jackpot online pokies. The game was developed exclusively for the iGaming giant by independent studio partner Just For The Win (JFTW).

Based on the wonderful legend and stories of the world’s most famous detective, Sherlock & Moriarty WowPot whisks the player away on an inner-city London adventure, complete with atmosphere, the thrill of the search, and suspense all in place.

The game area consists of 5x3 reels and wins are boosted by an impressive selection of special bonus features and a potential for banking massive wins.

Following the initial cracking of a case to the value of nearly half a million euros in prize money on its very first day of action in March, the super new WowPot title has in only a little under two months paid out a phenomenal €3.5 million in progressive jackpot network prize money to online casino players.

About The Amazing WowPot

Microgaming’s thrilling WowPot series of online pokies now has six amazing games going for it – each developed exclusively for the online gaming behemoth by an incredible studio partner.

Following the latest big Jackpot grab, the network has now reset back to its original massive €2 million starting seed, ready to increase every time any of the games that form part of the series are bet on.

Meanwhile, Microgaming’s flagship Mega Moolah progressive Jackpot pokie continues to climb, now standing at an unequalled €18.5 million, and climbing every day. The game has emerged a star title for the iGaming giant and continues to rank among the most popular online pokies across the online casino landscape.

Are YOU ready to win? Play online pokies NOW!