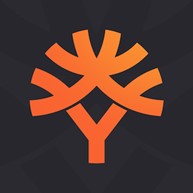 Yggdrasil continues to release new online pokies, both in its own capacity and through its extensive list of partners. Joining its long list of partner studios are Crazy Mix and Krazy Klimber. These two developers were onboarded in the very same week as True Lab and Reflex. Many of the brand’s new games are set to feature its innovative GigaBlox mechanic, adding to the excitement.

The most recent release from Yggdrasil is called Suncatcher GigaBlox. This release contains a Wild respins feature where symbols can expand to fill an entire reel, as well as trigger a respin. Wilds are well known for remaining sticky during additional play, and players will be delighted to know that this remains the case in Yggdrasil’s new game too.

Stuart McCarthy, the Head of Product Programs at Yggdrasil, said that the company has been working very hard to incorporate its GEM mechanic into its new online pokies. The firm’s main aim has been to appeal to its fans around the world. Mr McCarthy added that Yggdrasil is pleased to be able to formally launch Suncatcher.

The Head of Product Programs went on to say that he believes that players will enjoy this game with its low volatility rate. The online pokie also offers smooth play and finding huge wilds and bigger symbols will make for an overall interesting experience, all thanks to GigaBlox. The mechanic has become enormously popular during the past few years. McCarthy ended his statement by saying that the company is excited for the upcoming introduction of YG Masters, which will feature this technology, later in 2021.

Upcoming Releases On The Cards

Following the release of Suncatcher GigaBlox, players still have plenty more to look forward to. Upcoming releases from Yggdrasil include a full range of online pokies. Among the first releases is Gargoyle Infinity Reels. This game is a mysterious and grotesque one that features twister stone sentinels that will open up the space between the dimensions of reality.

Another release in the pipeline for Yggdrasil is 12 Trojan Mysteries. This game is based on Greek mythology and sends players on an epic journey. By abducting Helen of Troy, players will be able to uncover the riches of Troy.

Throughout July, players can also look forward to the release of games such as Tiki Infinity Reels, Multimax, Super Cash Drop and Golden Gorgon, to name a few. Yggdrasil still has plenty more on the cards, so online pokies players have lots to look forward to.

Play POKIES online. Be a WINNER when you spin the reels!