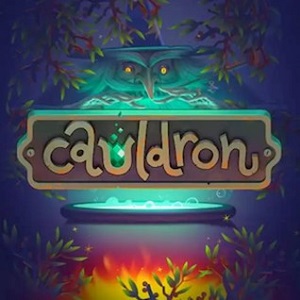 Just days after the launch of The Hot Offer, Yggdrasil Gaming Limited has announced the launch of Cauldron, another new online pokies game. The Malta-based developer issued a statement with regards to its new five-reel, 20 payline creation, and players in New Zealand sat up and took notice!

This game is themed around mythology and was crafted by the development house at Peter and Sons through the YG Masters program. The new online pokie promises to transport players into a different world by taking them on a magical journey in which the main objective is to find the powerful Cauldron after which the game was named.

In its statement, Yggdrasil explained that its new online pokies game is highly volatile. It has a 96.04% return to player ratio, and the base game affords players the opportunity to collect at least three scatter symbols, which in turn will grant them a maximum of 10 free spins. The developer added that any player to win on a high-paying icon will automatically see their prize being doubled and will then be given another free spin.

The online casino game developer also shared the fact that Caludron is accompanied by a progressive meter. This meter can be filled with scatter symbols and can unlock a unique super free spins bonus.

Different To What Players Have Seen Before

The head of Partner Programs at Yggdrasil Gaming Limited, Stuart McCarthy issued a press release on behalf of the company. In it, he said that Peter and Sons has been a valued member of the firm’s YG Masters program since October 2020. He added that Cauldron is different to anything that players have seen before, owing largely to its impressive illustrations and graphics.

According to McCarthy, Yggdrasil is thrilled to be able to release this new online pokies game through the YG Masters. He believes that Caludron’s overall look and feel helps to instantly immerse players in this new and exciting fantasy world. This world is set in the deep caves of a land called Algorth, which is many moons away from earth. Players will be encouraged to uncover hidden treasures and huge prizes.

Yggdrasil Gaming Limited was established in 2013. Ever since then, it has released over 90 popular titles. The developer has confirmed that the mobile-friendly Cauldron is being powered by its standardized and regulation-ready toolkit. This is so as to ensure consistent content that is cutting edge, as well as to allow for rapid distribution.

Play the HOTTEST new online pokies! Sign up and get spinning.