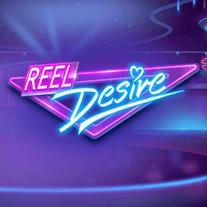 In their quest for truly memorable pokies online, developer Yggdrasil have released yet another interesting title. Going live on the 25th of February, Reel Desire pokies is all about taking players on a nostalgia fuelled journey into the past. Specifically, into a past where disco was popular, and finding love on the dance floor was on everyone’s mind.

The 5 reel, 3 row pokie is immediately eye catching due to the incredible artwork, which showcases a couple that are clearly all about that disco fever. It is, however, the innovative special features, generous bonuses, and 1,024 Ways To Win that really make Reel Desire pokies stand apart.

All in all, it is a game that will surely keep players coming back to an online casino NZ for more, even if just to hear the thumping soundtrack.

On closer inspection, the innovative special features in Reel Desire pokies really start to impress. Multipliers and Double Wilds are key to the biggest payout possible, which is a staggering 20,480x the original wager. But in order to get awarded this fortune, players must first see Wilds covering all available positions on the reels. This can happen at random, with Wilds appearing during the base game, and potentially spreading from one reel to the next.

In terms of artwork, Reel Desire pokies is firmly committed to the retro theme. Some might even assume that this is a pokies online that was designed in the 70s or 80s. From a Casio wrist watch, to hi-top shoes and old fashioned sunglasses, the remnants of a time past occupy the reels in gloriously neon themed splendour. Even the traditional card suits have a neon glow, making this a true journey into nostalgia.

Bound To Top The Charts

Yggdrasil gaming software strategist, Jonas Strandman, made a bold prediction about his company’s latest release. He claimed that Reel Desire pokies was certain to hit the top of the charts, even going as far as to say that there was no doubt about it. Backing up his statement, he stressed that the game was high volatility, which is an important key to getting player’s attention.

He went on by also pointing out at that the title featured numerous exciting special features, plus a bonus that could turn any spin into a winner. All of it comes together to form a winning combination, he concluded simply.

This exciting release can be enjoyed now at PlayOJO Casino NZ. Sign up and get spinning!