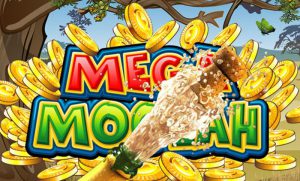 Online casino Casinoland.com has announced that they have their first Progressive Jackpot winner.

On Friday, 17th June 2016, Rawiri Pou won a whopping $10,144,395.82 jackpot whilst playing Mega Moolah. This Microgaming Progressive Jackpot pokies game has previously been nicknamed the ‘millionaire maker’ and it’s once again lived up to its moniker.

Pou, a 27 year old shop worker from Matamata in New Zealand, had only recently signed up at Casinoland and certainly wasn’t expecting to scoop a Progressive Jackpot win. During an interview he said he could not believe his luck when he hit the jackpot, and is still in shock. He says that the jackpot will change his life and that there is so much he wants to do with it, and that it couldn’t have come at a better time.

When asked how he will spend his winnings, Pou said that he’d like to spoil his family first, and that just like him, they are thrilled and rather overwhelmed by his unexpected good fortune. He’ still struggling to comprehend just how much he has won, and he looks forward to what’s coming next.

The $10 million Progressive Jackpot win is one of the largest to ever be paid out by an online casino and will certainly go a long way to cementing Casinoland’s reputation as a major player in the online industry. A licensed and legal casino, Casinoland only launched in 2015 and has quickly established itself as a leading online gaming destination. Featuring more than 250 games and available in 5 languages, Casinoland provides players with an all round exceptional gaming experience, and with Pou’s Mega Moolah pokies win now linked to their name, they are sure to attract a number of new players.