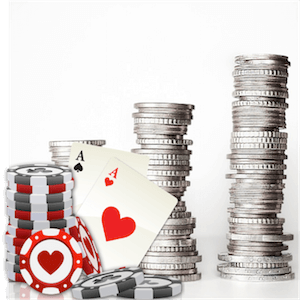 New Zealand’s Department of Internal Affairs has revealed that its citizens spent NZ$2.33 billion (€1.39bn/US$1.71bn) on gambling in 2016 than compared to the previous year. This 5.7% increase in gambling spend was recorded over the course of the 2016-2017 tax year.

However, although the general trend is toward greater spending in the sector, not all gambling industry players enjoyed an uptake in their profits last year. Whilst Kiwi players are definitely playing and spending more on lotteries and non-casino gaming machines, sports betting and traditional casinos actually experienced a decrease in profits.

According the New Zealand Department of Internal Affairs, the main contributors to this increase in expenditure were non-casino gaming machines. The Department defines non-casino gaming machines as partly or wholly electronically or mechanically operated devices used for gambling in venues other than casinos. Affectionately referred to “pokies”, these machines can usually be found in night clubs and hotels. Spending on non-casino machines went up by 3.1% to NZ$843 million over the period in question.

The greatest increase in gambling expenditure was seen in local lotteries, with players wagering NZ$395 (26.8%) more than in 2015-16. This massive increase was the result of significant changes to lotto games in the country during the period. These changes helped players to win more often and to enjoy larger “Powerball” prizes.

Casinos and Sports Betting Lose Out

In contrast to the increase in spend on lotteries and Pokies, there was actually a marked decrease in the amount spent on TAB racing, sports betting, and at land-based casinos over the 2016-17 tax year. Gamblers spent NZ$722 million (1.3% less than in the previous year) on TAB racing and sports betting and NZ$586 million (down 2.4%) at the country’s six casinos during this period.

Thanks to this NZ$125 million increase in expenditure, an estimated NZ$722 million (30.9% of total gambling spend) was invested into local communities.

Funds from non-casino gaming machines are provided to communities in two ways by the New Zealand government. The first is via grant arrangements with operators to distribute funds to various community groups. The second is the return of funds to operators like clubs and hotels to apply as they see fit.

Meanwhile, the profits from New Zealand’s publicly regulated lotteries are transferred to the New Zealand Lottery Grants Board (NZLGB). The NZLGB distributes these profits to fund sports, recreation, arts, and community projects in the country.