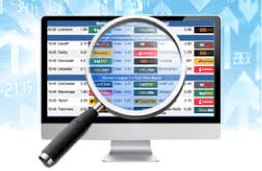 Just a few months ago, the New Zealand government announced potential plans to levy foreign bookmakers for offering their services to local players. Now, according to the most recent news reports on the matter, the government has gone ahead with these plans by introducing the Racing Amendment Bill.

The new bill was introduced to Parliament just over a week ago. It will require all international bookmakers operating in New Zealand to pay both an information charge and a consumption levy when taking wagers from New Zealanders. The law will specifically cover bets made on New Zealand races and sporting events.

So far, the size of the proposed levies has not yet been set out by the state, as the bill still needs to be evaluated by Parliament. However, it has been made public knowledge that foreign bookies could face fines of up to NZ$50,000 if they fail to pay their respective levies for providing betting services on the island.

$45m in Lost Revenues Estimated Due To Offshore Operators

This new legislation has closely followed a report carried out by a government-based working group, which revealed that an estimated NZ$45 million (US$33.4 million) in revenues are being lost through Kiwis choosing offshore betting options instead of local operators.

The new tax is intended to support the local racing and sports betting industries, ideally by weeding out foreign competition and allowing local sportsbooks to claim the lion’s share of the wagering market.

Despite the support for the new bill, the Department of Internal Affairs (which monitors the country’s racing and gaming industries) has cautioned that most of the lost revenue revealed by the report could be recovered through ‘voluntary compliance’.

At the present, New Zealand is fairly strict with regards to its betting legislation; foreign bookmakers may not advertise their services in the country, where the New Zealand Racing Board’s TAB betting company has a total monopoly on marketing.

With that said, there are no current measures in place to prevent foreign operators from taking online bets from local punters.