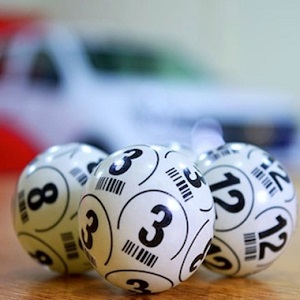 Tombola Ltd, the family-run Bingo business, is celebrating its rising revenues. The business’s turnover has jumped to over £120 million. Based in Sunderland, Tombola Ltd is the largest online Bingo firm in Europe. From its North East head office, the business creates and develops games and software. It also has offices located all around Europe, in regions including Gibraltar, Copenhagen, Milan and Madrid.

The company was founded in 2006 by Philip Cronin, the Chief Executive. Since then, it has enjoyed huge growth and success as it continues to expand its presence throughout the United Kingdom and beyond. In the year ended 20 April 2020, Tombola Ltd has seen a 15% rise in its turnover.

The company’s increase in turnover, from £104.4 million to £120.1 million, comes six years after the Chief Executive set out to increase turnover to £100 million by the financial year covered in accounts. The number of staff members also rose, from 531 to 608. This increased the wages bill slightly.

Despite its success, the online Bingo business’s accounts show a very slight dip in operating profits. Previously, it was £12.8 million and it now stands at £12.03 million. The total comprehensive income for the owners of Tombola Ltd came in at £9.4 million, down from the previous year’s £11.2 million.

While the financial year did cover the start of the global health crisis, the report made no reference to it. However, shareholder funds did increase from £39 million to £48.9 million during the year.

In its report, Tombola Ltd said that their turnover has increased significantly from the previous year as the online Bingo group continues to grow its market share across Europe and the UK. It added that while its net profit decreased, it is a result of having invested in its people and products. Moving forward, the group will continue to focus on the research and development of each of its products.

As Tombola’s turnover increased, so did its charitable contributions. In fact, it more than doubled from £108,000 to £281,000. These donations all went to local charities and other institutions. The firm has long been vocal on its strong stance on responsible gambling and protecting its customers and community.

The online Bingo business is located in Sunderland and based at Tombola House. The building was designed by Ryder Architecture and built by Brims Construction with the intention of attracting and retaining talent.

Love online Bingo? Pay now and never miss out on a win!