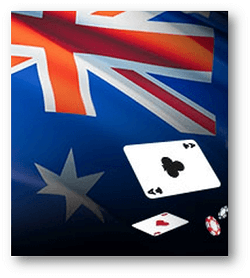 On 22 August 2017, online Poker operator PartyPoker confirmed that it will exit the Australian online gambling market on 31 August this year. This comes shortly after the approval on 9 August 2017 by the Commonwealth’s Senate of the Interactive Gambling Amendment Bill. The Bill has received Royal Assent, meaning it is ready to become law.

The new Bill prohibits the provision of online gambling services to online Australian players without a proper local license, but since there is no coherent system in Australia to issue licenses to interested brands this leaves international operators with no legal option but to withdraw.

PartyPoker, owned by GVC Holdings, is the first major offshore enterprise to formally announce its withdrawal, but PokerStars has also confirmed it will be leaving. The company has not set an exact date, but confirmed that it will be in mid-September. Some industry heavyweights, including Vera&John, 888poker, 32Red and Gaming Innovation Group, left before the Senate had even voted.

On its official blog, PartyPoker announced that as of 31 August 2017 it will no longer be accepting local Australian customers, but that all funds will be completely secure. Players can withdraw their money at a time that is easy and convenient for them.

PartyPoker’s Managing Director, Tom Waters, has commented that since Australia is one of the online operator’s strongest markets they are very saddened to leave. He added that PartyPoker will continue to work with AOPA, the Australian Online Poker Alliance, to convince the Australian government not to ban the game overall.

Other Changes to Gambling Law

Online gambling legislation is changing around the world, as governments and operators scramble to keep up with technology. Further afield, amendments to Germany’s laws are being discussed and PartyPoker announced its suspension of Czech Republic operations in February 2017. This was due to the fact that it was waiting for the Czech Ministry of Finance to grant it a license.

The new gambling laws that took effect in the Czech Republic on 1 January 2017 opened the local market to licensed international operations, but many were driven away by unnecessary red tape and an exorbitant tax rate. This ultimately led to the suspension of PartyPoker’s Czech operations, which had been temporary, to become permanent.

As issues around online gambling rage on, it seems the voices on either side only get louder. Half are clamouring for international liquidity, while the others are pushing for operators within their borders only. It seems like things will only get more intense from here, affecting Poker players everywhere.