Pennsylvania Cracks Down on Casinos 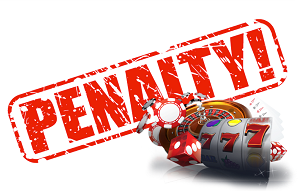 Four casino operators in the US state of Pennsylvania are now facing significant fines of over $62,500 for a number of gambling violations, presenting a less than ideal start to the year for the firms in question.

HAC, the operator responsible for running the popular Rivers Casino in Allegheny County, is facing the largest penalty of the four gambling firms, according to the PGCB’s statement last Wednesday. It will be required to pay a whopping $40,000 to the state for its repeated offences against Pennsylvanian table game procedures.

On the fine to be levied from Holdings Acquisition Corporation, the local regulator noted that the $40,000 penalty has come as the result of four separate incidents in which ‘errors’ on the operator’s part. These errors altered the integrity of its casino table games, thereby putting players and their money unfairly at risk.

Mount Airy and WFL were slapped with fines of $7,500 and $10,000 respectively, apparently for violating their self-exclusion lists. Greenwood received the smallest fine of $5,000 for its transgression, which occurred after one of its dealers at its Parx Casino floor ‘mishandled’ 22 hands in games of Three Card Poker.

The Gaming Control Board has again warned operators to refuse bets from – and ‘deny gambling privileges to – any player who has self-excluded themselves from their casinos. The PGCB has also instructed all operators in Pennsylvania to deny such players the ability to cash cheques and sign up for loyalty scheme memberships at their establishments.

In other related news, the PGCB has now approved Downs Racing, LP’s application to renew its license. The operator of the Mohegan Sun Pocono Casino received the news after the Board’s members voted unanimously to renew its license, noting that it did fulfil the obligations stated under its previous casino license in the state.

Prior to Downs Racing’s application being given the green light, the regulator hosted a public hearing in 2017 in which Mohegan Sun Pocono representatives submitted documents and testimonies on the casino’s operations since its last license renewal in mid-2013. PGCB data has also showed that the operator of over 90 table games and 2,300 pokies has paid over roughly $1.38 billion in gaming taxes to the state since it opened its doors in 2006.