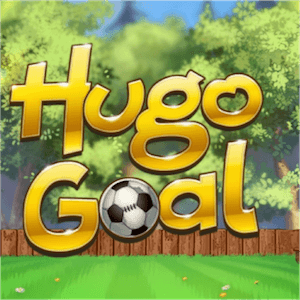 Play’n GO is celebrating the occasion with the publication of a Hugo Goal, a 3-reel classic pokies game with Hugo the troll taking centre stage as the main attraction. He is no newcomer on the gaming scene either. The Danish troll is famous after having made various appearances in previous Play’n GO titles. He is well loved by players around the globe, and by incorporating him in a football theme, this release is sure to be a popular one.

Despite the simplicity of the new title, Play’n GO has always managed to pull of the seemingly impossible, by getting players interested in ideas that would not have won any popularity contests in Beta mode.

Football Is The Name Of The Game

The theme is, obviously, football. The smiling troll stars on the reels as the goalie of the football game as well as being the game’s Wild symbol. The Penalty Shoot-Out Round as well as random re-spins are the special features, with Hugo requiring the player’s help in guarding the goal posts and preventing evil opponents Don Croco and Afskylia from scoring goals and points.

The prize for saving all 5 of the goal posts is a golden trophy involving ten times the bonus prize.

Hugo is very much a popular instalment in Danish cartoons and games culture. He also featured strongly in Danish video game releases from the 1990’s. Much like the original character, the game has been designed to be fun and cartoony.

Many players prefer the classic 3 reel format. Play’n GO has in the past managed to consolidate the classic concept with the excitement of a video pokie game. Whilst Hugo Goal isn’t full-on video pokie, it’s bound to impress players who prefer classic games, as well as those who love to play animated titles.