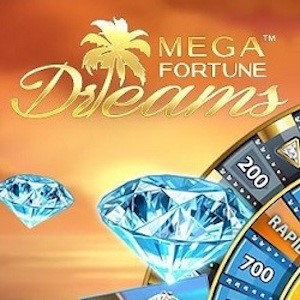 Christmas arrived early for one lucky British player who won £4,000,000 (approximately NZ$7455893,95) playing pokies. The 49-year-old was spinning the reels of NetEnt’s popular Mega Fortune Dreams when it paid out a dream-worthy amount.

The progressive jackpot was won on an 80p (approximately NZ$1.50) bet. The player has said that winning millions online was something he had heard of, but never believed he would be the lucky one.

He said that he had just started to doze off when the jackpot screen appeared, and only after retrieving his glasses did he learn that he had just become an instant millionaire. He has since been generously sharing the wealth with family and friends, ensuring everyone has a wonderful festive season. Like many winners he chose to stay anonymous, but it is clear he has told his family where his windfall came from, as he is making sure to spoil them!

Mega Fortune Dreams is part of the NetEnt progressive jackpot network. The pokie is all about living the dream life and the reels are filled with expensive jewellery, French champagne and sparkling gems. Playing is a straightforward event, and other than the chance to win one of three progressive jackpots only the usual special symbols and bonuses are in place.

The jackpot screen comes up when three bonus symbols land on the middle reels. The Bonus Wheel offers players several winning stages each bigger and better than the one before. At the centre of it all is the Mega Fortune Dreams Mega Jackpot.

Progressive jackpots such as these are linked on a network, and a percentage of each bet made by any player on the network is placed into the prize pool. Players are able to watch the jackpot grow in real time, and any player, anywhere stands a chance to win.

NetEnt’s Chief Product Officer, Henrik Fagerland stated that the game is living up to its name with this life-changing payout. He added that the brand was thrilled to be able to award such an enormous sum to the lucky player, and that at this time of the year, big wins seem even better than ever.

With the holidays in full swing, progressive jackpots are bound to be growing quickly as players try their luck. NetEnt’s popular pokie may well pay out again soon, and players who want to get rich online need to get spinning.