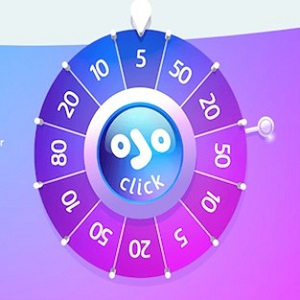 PlayOJO Casino NZ is promising its players a ‘wheel good time’! As a means of thanking its loyal supporters, PlayOJO has unveiled an impressive and exciting new promotion. Dubbed the ‘Spin the Wheel’ offering, this promotion is set to bring plenty of joy, hours of fun and numerous chances to win big to players.

Essentially, by spinning the wheel, players will be afforded the opportunity to win free spins on all of their favourite online pokies. The best part about it all is the fact that this promotion is absolutely free of charge!

How Does It Work?

Accessing the PlayOJO Casino NZ ‘Spin the Wheel’ feature is very easy, which means that players can dive right in and spend more time making the most of the promotion than trying to install complicated apps and the like.

Instead, in order to access the feature, players simply need to log into the site and then click on the ‘Rewards’ button. This is where one can claim their spin. Next, players will need to click a button to spin and a few seconds later, the wheel will start turning! Yes, it really is that easy!

One of the most exciting aspects of the ‘Spin the Wheel’ promotion is the fact that it can strike at absolutely any time! That’s right – it’s completely unpredictable and random, which adds an extra layer of surprise and entertainment to the whole feature. Players won’t need to unlock a certain level of a game or even trigger the feature. Whenever they have a spin available on the wheel, it will appear in the Rewards section of their PlayOJO Casino NZ account. Once the spin is claimed, it can be played immediately.

How Many Spins Can You Win?

The number of free spins that you can be awarded on the ‘Spin the Wheel’ feature differs between players. There are three levels to pick from, and each one has a different level of reward. The higher a player’s PlayOJO level is, the more lucrative their rewards are likely to be. However, all players should be aware of the OJO skulls. Once these are spun, they immediately eliminate any free spins.

All in all, the PlayOJO Casino NZ promotion is an easy one to understand. All players need to know is that they are guaranteed a win, there are big prizes on offer, and like almost everything else in life, in order to reap bigger rewards, one has to take bigger risks!

Play to WIN! Sign up at a top online casino NOW!