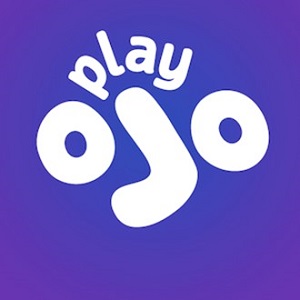 PlayOJO, the hugely popular online casino, has earned itself two accolades at this year’s Social Media Awards. This means that the operator beat out other big brands including Superdrug and Sky. Within the casino industry, PlayOJO has become known for being a fair Bingo site and has grown from strength to strength in order to earn its reputation as one of the industry’s leading and most reliable brands.

Prior to the announcement of the winners, PlayOJO was shortlisted in two categories, namely the “Best Use of Social Media” and the “Best Use of Instagram” gongs. These nominations were garnered from the firm’s “Compulsion” campaign, which features Gemma Collins and is aimed at increasingly awareness around the problems that could arise from gambling.

PlayOJO Thrilled To Have Won

Every year, the Social Media Awards are held in appreciation and celebration of the innovation and creativity that goes into executing the most powerful social media campaigns. Each category is assessed by a panel of industry leaders and experts during a two-stage process.

Samit Dutta, the Head of Digital at PlayOJO, said that the online casino is thrilled and that it is an honour to have been able to take home two awards this year, especially seeing as how the operator faced some stiff competition.

Dutta went on to say that “Compulsion” is one of the most important campaigns that the firm has made to date, as it tackles problem gambling and provides players and their families with the support and guidance they need. She also acknowledged that social media has become one of the world’s most powerful platforms and is able to help ensure that campaigns are delivered to the correct audiences and at the correct scales.

What Is “Compulsion” About?

PlayOJO’s award-winning campaign focuses on a faux fragrance named “Compulsion”. Problem gambling is represented as an addiction. Following the launch of this campaign, Gemma Collins spoke to Breakeven charity. The conversation was aimed at understanding how problem gambling can affect young people.

“Compulsion” also made use of a clever acronym – SMELL. This stood for Sleep, Money, Extreme, Losing, Lying. This was designed as a means of helping the support systems of online casino players to identify the signs that could indicate that their loved one has a problem with gambling. In addition to this helpful acronym, the campaign also features several videos that have been shared thousands of times across social media platforms.

Play at the TOP casinos online. Sign up NOW!