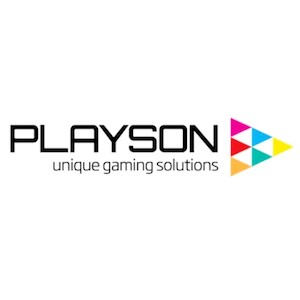 Online pokies studio Playson is on a role. After the announcement of their new game release, Spirit of Egypt, the company then went on to declare that a new tournament was also being launched. Those who decide to attend could grab their share of a massive €60k, all while enjoying a first look at the new title. The winner gets the jackpot prize of €10k. Those who are interested in taking part can do so at one of the best online casino NZ has to offer that are participating in the promotion.

Things got rolling on the 20th of August 2021 and keep on rolling all the way through to the final day on the 29th. Spirit Of Egypt will, of course, be the start attraction, but there are a number of other Playson games that are also valid. Any of the officially listed online pokies can, therefore, all be played as part of the bigger tournament. A list of the participating games can be found via a Playson media outlet.

The rules for this latest Playson online pokies tournament work in the expected way, following norms established in previous events. Simply put, the name of the game is to make as many bets as possible in the allotted time. Every bet of €1 equates to 100 points gathered. Though, a bet does not necessarily have to be exactly €1 in order to count. A €2 counts as 200 points, while a lower bet of €0.50 counts as 50 points.

Interestingly enough, however, the bet does not actually have to win in order to be counted. This means that, specifically, it will not necessarily be the players who win the most that land up qualifying for tournament payouts.

When it comes to final payouts, Playson has once again decided to spread the big money out as broadly as possible. Only a single player will be able to walk away with the €10k, but the other €50k is divided up amongst the rest of the top performers. As would be expected, the higher the player ranks the bigger their share of the cash.

This is bound to be one of Playson’s most exciting online pokies tournaments, with competitors sure to turn out in their numbers. In order to enter a reel spinning enthusiast simply has to visit one of the best online casino NZ has to offer on the appropriate day, indicate their interest, then start spinning. It’s as easy as that.

Are YOU a WINNER? Play for a jackpot online!