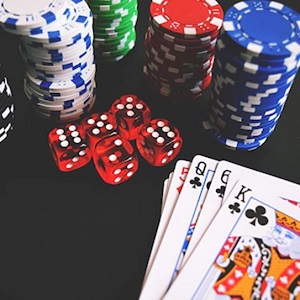 Australia’s latest regulatory act of insanity is as far-fetched as it is dead in the water. According to gambling industry news making headlines this week, Australian lawmakers are pushing for the right to demand of casinos a paper-trail for every last penny or dime passing their doors. And whether those pennies or dimes were spent at Blackjack tables or popped into pokies machines apparently makes no difference either way.

According to the provisions of a new draft bill recently put forward by Member of Parliament Andrew Wilkie, the country’s courts should be at liberty to require of casinos either proof of where every last dollar passed through their doors came from, along with the actual steps taken by operators in order to determine whether or not that dollar was legally or illicitly earned by the payer of the money, or, in the alternative, a refund cheque from the casino’s own back pocket for the full value of the money unaccounted for. This money will then be paid to victims of theft and other financial crimes leading to a situation of being out of pocket.

Stolen Money Is The Focus

Should the Making Gambling Business Accountable bill be passed by parliament, its signing into force will lead to certain changes being made to the country’s Anti-Money Laundering and Counter-Terrorism Financing Act. These changes will essentially place stolen money on par with stolen property.

According to Wilkie, the bill is the solutions-driven result of a tendency shown by gambling addicts to steal money for the purpose of feeding their addiction. As such, Wilkie reportedly told a local newspaper, casinos should naturally become party to the transaction from a financial accountability point of view. To the MP’s mind, holding casinos accountable in this manner would be no different to how pawn stores are required by law to return property already paid for to rightful owners in the event of those items emerging as having been stolen.

Several Issues On The Table

Though Wilkie reportedly hasn’t yet submitted his bill to the Coalition of Labour for perusal and approval, he has allegedly said that he fully expects several lawmakers to side with him on the issues raised in the draft legislation.

Australian lawmakers are also currently pushing for identification verification of credit card details by online casino operators. Also, they want banks to be obligated by law to report all initial gambling transactions charged to credit cards to the owners of those cards.