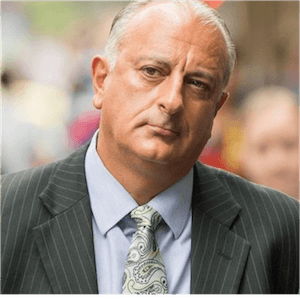 Former Poker pro-player William Jordanou may have been an Ace at playing Poker, but has now become the author of his own demise. Jordanou was recently sentenced to 12 years behind bars after having taken the Commonwealth Bank of Australia (CBA) for a AU$58 million ride.

The 60 year old was jailed after having faced two separate charges of conspiracy to defraud, following having fraudulently obtained loans to the tune of AU$58 million from the CBA during the period 2010 to 2014. Jordanou had apparently been making use of fraudulent documents in order to be approved for the loans. He pleaded guilty to all charges during February of this year.

According to reports, Jordanou wasn’t acting alone. He had help in the form of two financial accountants. The rogue Poker player, together with accountants Scott Arthur and Robert Zaia, devised a plan for forging documents in order to obtain 23 separate loans on behalf of clients who did not actually exist, from the bank.

The unholy trio were accused of planning to share the profits of their fraudulent activities. Ultimately, they ended up carrying out one of the largest runs of massive-scale fraud that the state of Victoria had ever witnessed.

Both of the accountants have also pleaded guilty to the charges. Arthur will be spending the next five years in prison, with Zaia’s sentence as of yet unknown.

Interesting to note is the fact that the fraudulent activities went unnoticed for a period of four years. Judge Lacava, who had passed down the sentence, said that the bank had not practised due diligence as a result of the firm trust that it had placed in a third party service provider and mobile lender named Epps, who has in the interim passed away.

Jordanou will not be eligible for parole for a period of 9 years. The judge explained that this is due to the large-scale nature of the fraud that was committed.