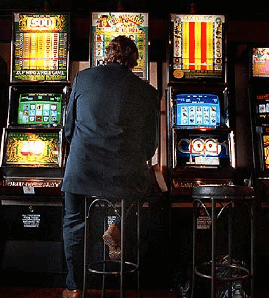 Australia has long been a country that loves playing pokies, and nowhere more than in local drinking houses. This is clearly reflected in the recent announcement by the Liquor and Gaming NSW Agency that the pokie pubs of New South Wales made AUD117 million in pre-tax profit for 2016’s fiscal year. This converts to around US$92.48 million.

The top 25 pokie pubs on the big earners’ list were all from the greater Sydney region, according to The Sydney Morning Herald newspaper, and collectively these 25 establishments managed to rake in a quarter of a million Australian Dollars.

The Particulars of Pokie Pub Profits

Understanding the specifics of the most successful pokie pubs, and knowing how much each made off the spinning reels machines, could be both interesting and useful. It’s quite difficult, however, to obtain this information. While the general numbers are easily available, identifying each pokie pub’s earnings from pokies themselves is a lot more challenging.

The government of New South Wales does not release individual earning figures, and while Liquor and Gaming NSW does publish the top 25 earners in the state, the individual takings are not specified. However, by checking the available treasury records, it is possible to get a good basic idea of what is happening.

Going on the records of the treasury, it seems that the highest profit from pokie machines was AUD13.9 million, or roughly US$11 million. From this, about US$6.1 million will be payable in tax. It seems that this was earned by the El Cortex Hotel, while the second-highest earnings were taken by the Railway Hotel.

The Markets Hotel, owned by Garry MacDougall, came in third on the list of top pokie pubs, with a profit of AUD12.9 million – roughly US$10.2 million. The other earners in the top 10 of the 25 were the Eastwood Hotel, the Keighery Hotel, Auburn, the Cambramatta Inn and the Crown Hotel, Revesby, all owned by Redcape, the Crossroads at Casula which is owned by the Marlow Hotel Group, and the Thomas Hotels-owned Campsie Hotel and Meridian Hotel, Hurstville. Together the last 7 hotels paid US$33 million on the earnings they made during the fiscal 2016.

The huge amount of taxes collected from pokies machines will go back into the New South Wales community, funding various projects and public works. Playing at pubs like this keeps the money within the area, where it can benefit those who are spinning the reels on a daily basis.